default
Eight Golden and Silver Doves and further prizes presented by festival partners have been awarded at DOK Leipzig 2021. Congratulations to all winners!
Accredited
Off 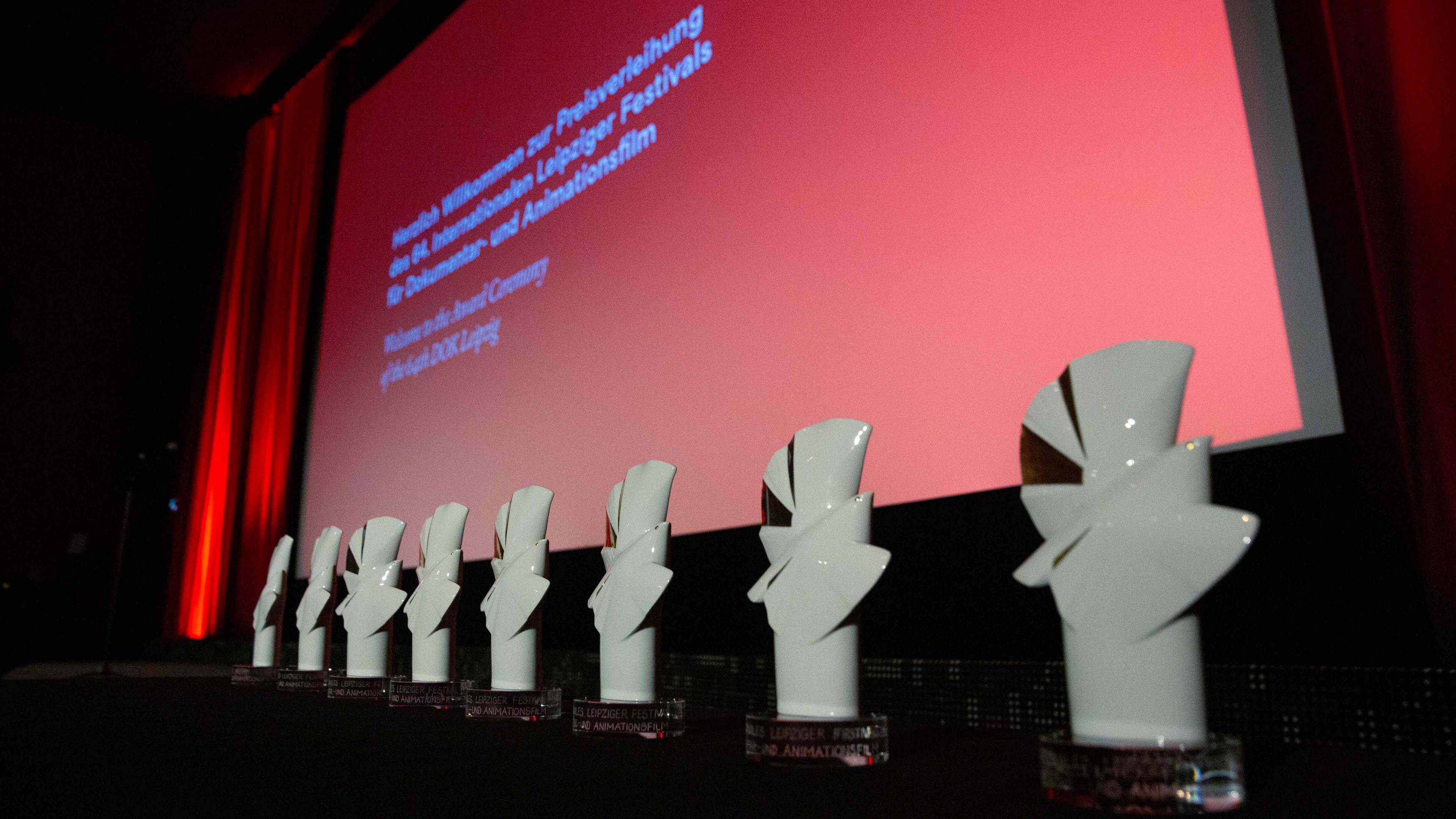 The winner of the Golden Dove in the International Competition Long Documentary and Animated Film will qualify for consideration for the annual ACADEMY AWARDS® provided that the film otherwise complies with the Academy rules.

6,000 €
granted by 3sat for the best long documentary or animated film by an up-and-coming director (with up to three directorial works after completing their education) 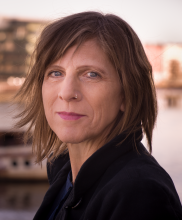 Born and raised in the GDR, Grit Lemke came to Leipzig to study. She started to work for DOK Leipzig in 1991 and was head of programming until 2017. She initiated the reintroduction of combining documentary and animated films in all sections and established Kids DOK and the venue in the main station as permanent fixtures of the festival. In addition to her work as a curator and publicist, Lemke presented her Grimme Award winning feature-length film debut Coal Country Song. Gundermann in 2019. Her documentary novel “Kinder von Hoy” (Children of Hoy) was published in 2021. Her work focuses on East German, East European, indigenous identities, languages and cultures and their displacement. 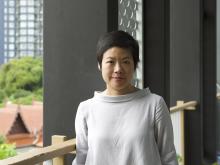 Filmmaker and producer Anocha Suwichakornpong’s works are informed by the socio-political history of Thailand, as exemplified by her short film Graceland (2006), with which she graduated from Columbia University, and the nationally and internationally acclaimed feature films Mundane History (2009) and By the Time It Gets Dark (2016). The latter was nominated as Thailand’s entry to the Academy Awards. As founder of the production company Electric Eel Films and co-founder of Purin Pictures, she is committed to supporting South East Asian film culture. She has taught at Harvard University and is currently DAAD Artist in Residence in Berlin.

Alex Szalat began his career in 1977 as a director of TV series, short and documentary films. His filmography covers a broad range of aspects dealing with European cultures of life and coexistence. In 1987, he founded the production company KS VISIONS, which realized more than a hundred documentary films and series for European broadcasters. He worked as a commissioning editor at ARTE France from 2005 to 2019, most recently as deputy head of the Documentary Film Department in the Society and Culture division. Szalat is the head of Docs Up Funds, an association dedicated to the acquisition of funding for European and international documentary films on human rights issues.

Katarína Tomková worked for the Slovak Film Institute from 2009 to 2015, promoting Slovak film productions on the international stage. Since 2015, she has been working as an executive and co-producer on internationally acclaimed Slovak documentary films, including 5 October (2016) by Martin Kollár and Servants (2020) by Ivan Ostrochovský. She is particularly interested in cinematic balancing acts between documentary and fiction. Tomková develops workshops for the Prague based MIDPOINT Institute and in 2021 was the Slovak representative in the European Film Promotion’s “Producers on the Move” talents format.

Artist and musician Raed Yassin was born in Beirut in 1979, where he graduated in Theatre from the Faculty of Fine Arts and Architecture at Lebanese University in 2003. Since then, he has been defining and expanding his conceptual artistic practice in media such as video, sound, photography, text, sculpture and performance. His starting point is often the analysis of attitudes to the world shaped by personal temperament and individual biography, which Yassin examines on the background of collective narratives of consumer culture and mass production. He is one of the organizers of Irtijal, the international festival for experimental music in Lebanon, and lives in Beirut and Berlin.

As the festival’s exclusive media partner, the MDR is dedicated to the large-scale promotion of documentary film and has been sponsoring the Golden Dove in the International Competition Long Documentary and Animated Film, endowed with 10,000 Euros, since 2013.

3sat has been presenting independent documentary films in its programme and supporting their production since 1993. By granting the award for up-and-coming talents at DOK Leipzig 3sat is underlining its engagement for international young directors.

All winners of Golden Doves in the International Competition Short Documentary and Animated Film will qualify for consideration for the annual ACADEMY AWARDS® provided that the films otherwise comply with the Academy rules. 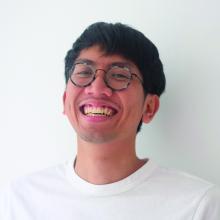 Gugi Gumilang was born in Indonesia and lives in Jakarta and Berlin. He graduated with a Master’s degree in Global Studies from Albert Ludwigs University of Freiburg and studied at Facultad Latinomamericana de Ciencias Sociales in Buenos Aires and Chulalongkorn University in Bangkok. He has been actively involved in documentary film festivals since 2012 and has produced a number of documentary films screened at Indonesian and German film festivals. Gumilang’s main interest are activist cinematic positions on social and justice issues, which he has been promoting since 2021 as Executive Director of the non-profit organisation In-Docs. 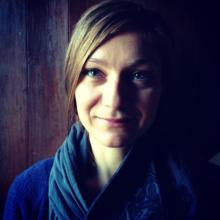 The curator and publicist Marina Kožul has been working for fifteen years in the field of short and experimental film on alternatives in form and content to the cinematic mainstream. Within the Croatian non-profit organisation 25 FPS, she is a member of the programming and production team of the eponymous international festival for innovative and aesthetically independent film and video art in Zagreb. Kožul has curated programmes for festivals and arthouse cinemas in Croatia and campaigned for experimental and animated small film formats as a promoter and juror at various international industry events. Since 2012, she has been a mentor for short film at the International Film Festival Rotterdam. 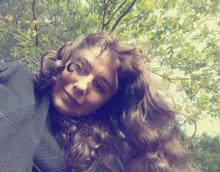 Izabela Plucińska studied Graphic Design at the Academy of Fine Arts from 1995 to 2000 and Animation at the National Film School in Łódż from 1998 to 2001. From 2002 to 2004 she continued her studies at “Konrad Wolf” Academy for Film and Television in Potsdam-Babelsberg. Her graduate film Jam Session (2005) won the Silver Bear in the Berlinale Short Film Competition. Since 2006, she has been making her films with her own production company, ClayTraces, in Berlin. She currently teaches at the Szczecin Art Academy. Her animated short film 98 kg is in the line-up of this year’s Competition for the Audience Award at DOK Leipzig.

Carsten Möller has been making video installations, experimental and documentary films since the early 1990s, which have been presented in exhibitions, cinemas and at international festivals. His feature-length film debut Azúcar Amaro – Bitter Sugar, co-directed with Nicola Fuchs and Silke Pfeiffer and dealing with the election of a former general of the Argentine military dictatorship as Governor of the province of Tucumán, premiered at DOK Leipzig in 1996. Möller is co-founder of the “Kino in Bewegung” (Cinema in Movement) initiative and artistic director of the biographical research platform o-ton.org. He teaches at the Academy of Fine Arts Leipzig.

Gudrun Sommer is a native Austrian and immigrant Ruhr area resident, a college-educated philosopher, festival worker, Grimme Award juror and certified Green Consultant Film & TV. She is committed to the fields of documentary film, sustainability, film education and young audiences. In 2002 she founded the documentary film festival for children and young people dox!, followed by the association “Freunde der Realität e.V.” (Friends of Reality) as well as the satellite festival dox! ruhr. From 2019 to March 2021, she was co-director of the Duisburger Filmwoche festival. Sommer supported the Diagonale in Vienna, among others, as curator and programme advisor. She teaches at universities in the Ruhr area and at the Academy of Media Arts Cologne. 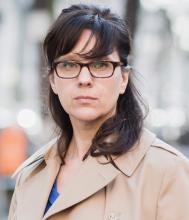 Maria Speth has lived in Berlin since 1987. She worked as an assistant editor and director until 1995 and began studying at “Konrad Wolf” Academy for Film and Television in Potsdam-Babelsberg in 1996. Her acclaimed feature film debut The Days Between was made in 2001, followed by Madonnas (2007) and Daughters (2014), both of which premiered at the Berlinale Forum. In 2009, Speth founded the production company Madonnen Film GmbH and realized her documentary film debut 9 Lives, for which she was awarded the German Director’s Award Metropolis. In 2021, her documentary Mr Bachmann and his Class won the Jury Prize and an audience award in the International Competition of the Berlinale.

For more than six years, Weltkino has been enriching the German cinema landscape. As an independent film distributor, high quality film art is the company’s particular concern. That is why Weltkino sponsors the Golden Dove in the German Competition Long Documentary and Animated Film. 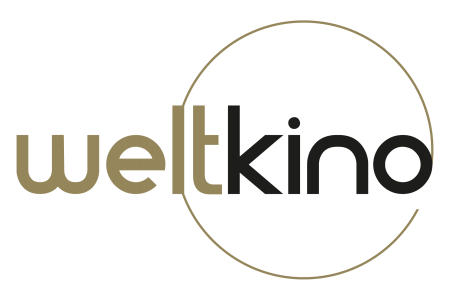 Competitions for the Audience Award

4,000 €
granted by the DEFA Foundation for an outstanding long documentary film by a German director in the competitions

The DEFA Foundation, in accordance with its statutory motto “Rediscover the Past – Support the Future”, has awarded the DEFA Sponsoring Prize at DOK Leipzig since 2005. The Prize is intended to support up-and-coming filmmakers in the critical investigation of contemporary issues.

Since 1995, the MDR has sponsored the MDR Film Prize for an outstanding Eastern European documentary, endowed with 3,000 Euros. The developments in Eastern Europe are one of the major topics the broadcaster has been following for years.

Accredited
Off
ver.di Prize for Solidarity, Humanity and Fairness

2,500 €
for a film in the German Competition Long Documentary and Animated Film

2,000 €
for the best current long German documentary film (75 min and longer) along with the purchase of the licence and the subtitling in eight languages

The Goethe-Institut is the global cultural institute of the Federal Republic of Germany. It promotes the study of German abroad and encourages international cultural cooperation. With its Documentary Film Prize it enables the winning film and DOK Leipzig to gain worldwide attention and an international audience.

Accredited
Off
Prize of the Interreligious Jury

1,750 €
for a film in the International Competition Long Documentary and Animated Film, donated by the Interreligious Roundtable Leipzig, the Leipzig Oratory and the VCH-Hotels Germany GmbH in the Verband Christlicher Hoteliers e. V. including the Hotel MICHAELIS in Leipzig

The Interreligious Jury is appointed by INTERFILM and SIGNIS.

Accredited
Off
Prize of the International Film Critics (FIPRESCI Prize)

for the best animated film

Accredited
Off
Prizes awarded in the frames of DOK Industry

along with 5,000 €
donated by State Ministry for Higher Education, Research and the Arts

along with 1,500 euros
donated by Current Time TV

along with 1,000 euros and a year-long mentorship by DOK Leipzig
donated by EWA – European Women’s Audiovisual Network

along with post-production grant of 10,000 €
granted by D-Facto Motion GmbH

awarded in the frames of DOK Short n’ Sweet

along with a festival strategy consultation by Square Eyes

Accredited
Off
Inpage Navigation
On