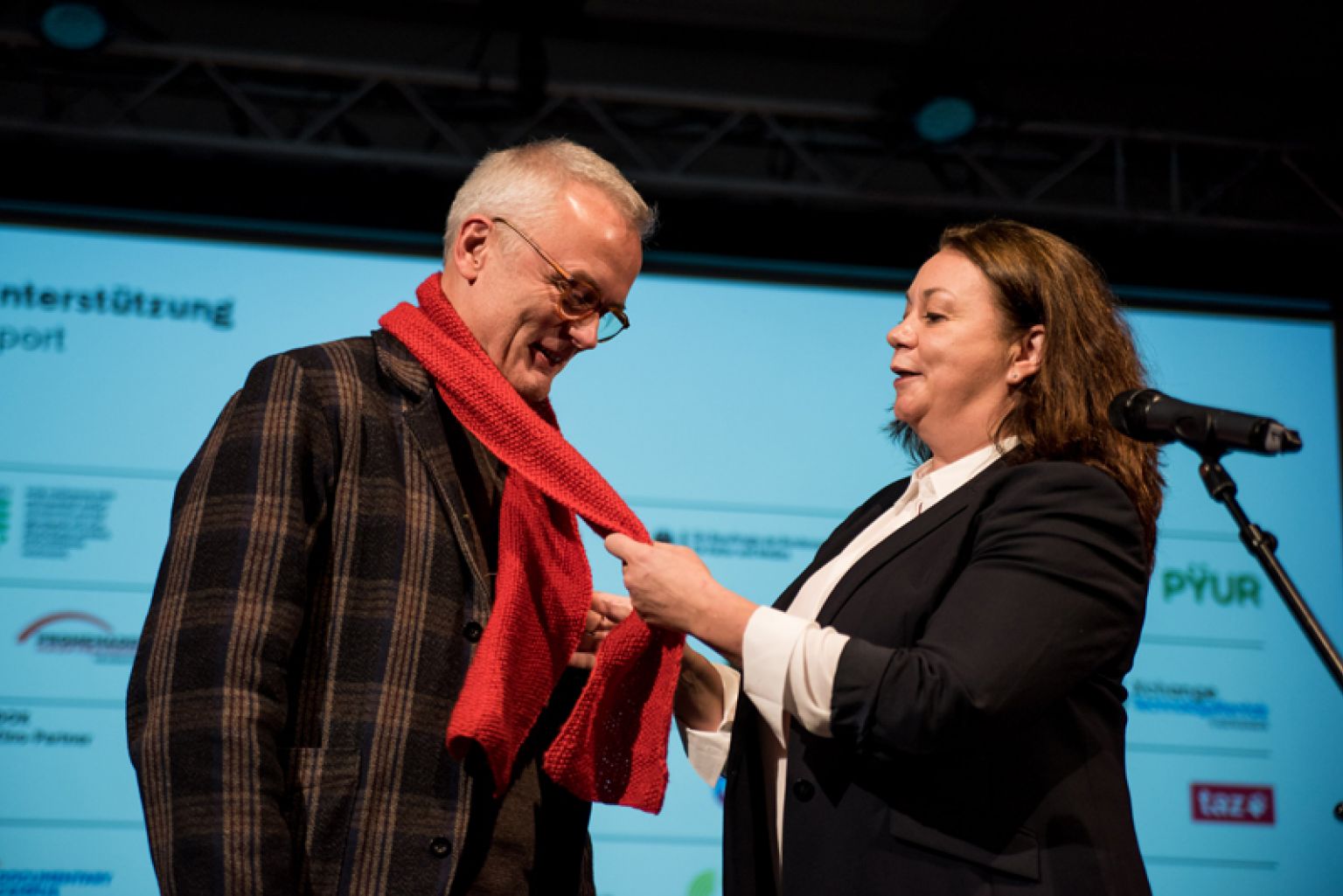 It is not only a glittering festival week that has come to an end, there have been made important decisions during this week as well.

Journalist and film critic Christoph Terhechte is currently artistic director of the Marrakech International Film Festival. From 2001 to 2018, he served as director of the International Forum of New Cinema at the Berlinale, which he developed into one of the major international centres of independent artistic cinema. Christoph Terhechte was born in Münster in 1961. He studied political science and journalism in Hamburg and was a film critic in Paris and Berlin.

Festival director Leena Pasanen who will continue her work in Bologna, symbolically presented Terhechte, coming from Marrakech, with a red scarf. See you soon at DOK Leipzig!