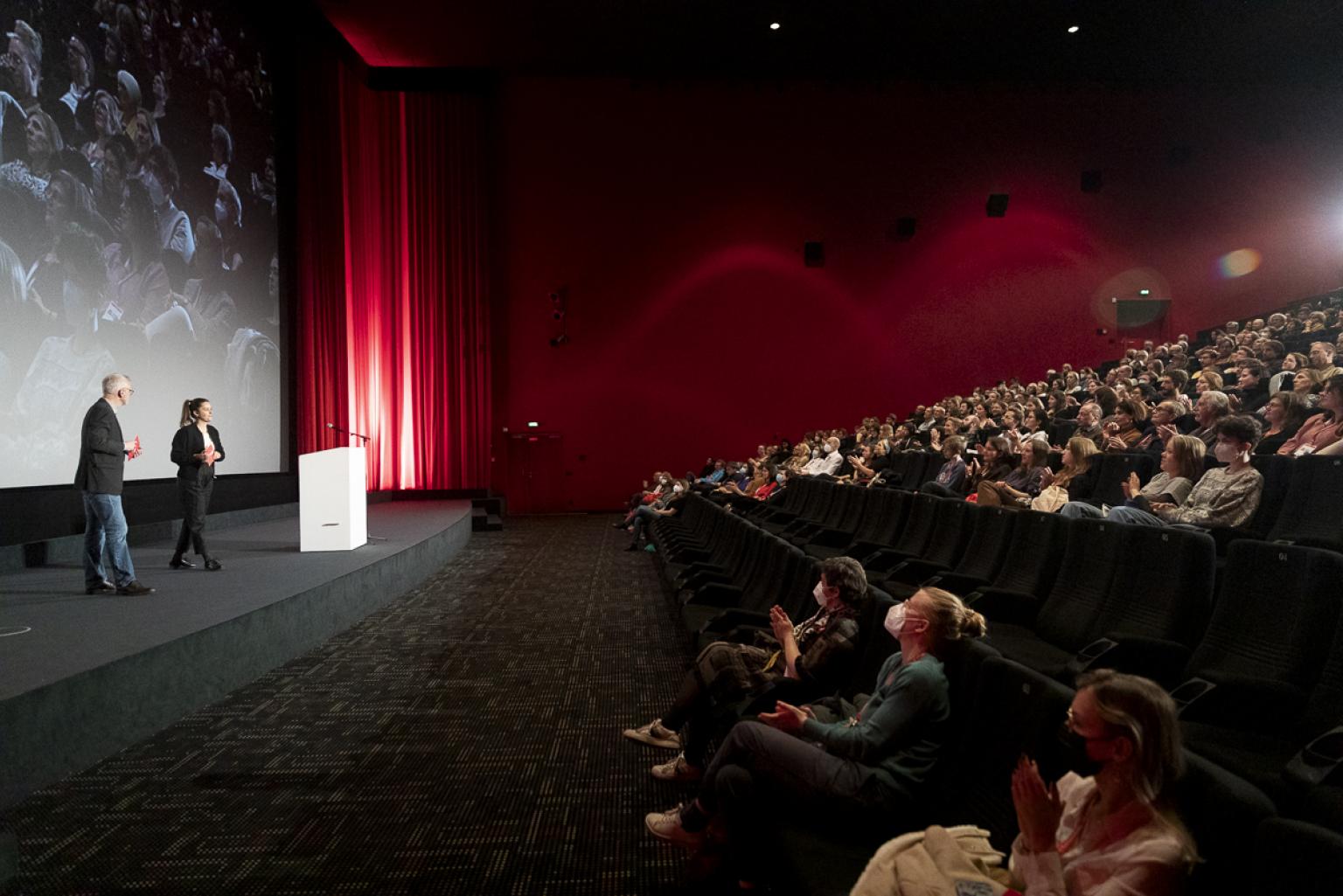 The 64th edition of DOK Leipzig received a total of 38,950 visits to its in-person events and online programmes. The public and accredited professionals attended cinema screenings and in-person events open to the public at eleven different venues 16,957 times. Around 80 percent of the available seats were occupied — a very positive outcome for the first edition of the festival to be held mainly in person in Leipzig since the beginning of the pandemic.

The six free screenings at Leipzig Central Station (Osthalle) were filled to capacity with a total of 840 visitors. The extended reality exhibition DOK Neuland at the Museum der bildenden Künste was equally well received. With a total of 676 people, the exhibition area was at full capacity throughout the festival week. Some visitors spent three to four hours engaging with the immersive and interactive works collectively titled “Chaos Is a Condition”.

Nonetheless, there were still lots of online services in 2021. DOK Industry for example was held in hybrid form for the first time. The platform for film professionals hosted numerous parallel events online and at locations in Leipzig. Around 1,400 accredited professionals made use of the networking opportunities at these events, including around 500 people who were able to participate online from many locations around the world. A total of 5,145 admissions were counted at events like DOK Co-Pro Market or the “Meet the Experts” forum.

For two weeks immediately after the festival, DOK Stream made 71 films from this year’s programme available throughout Germany, including all of the films that had received Golden and Silver Doves. In addition, works from DOK Neuland and videos made of the master classes and panel discussions were available to watch online. Viewers in Germany and international accredited professionals used the festival’s online services a total of 16,848 times.

In total, some 170 films and XR works from 55 countries were shown during the 64th edition of DOK Leipzig.