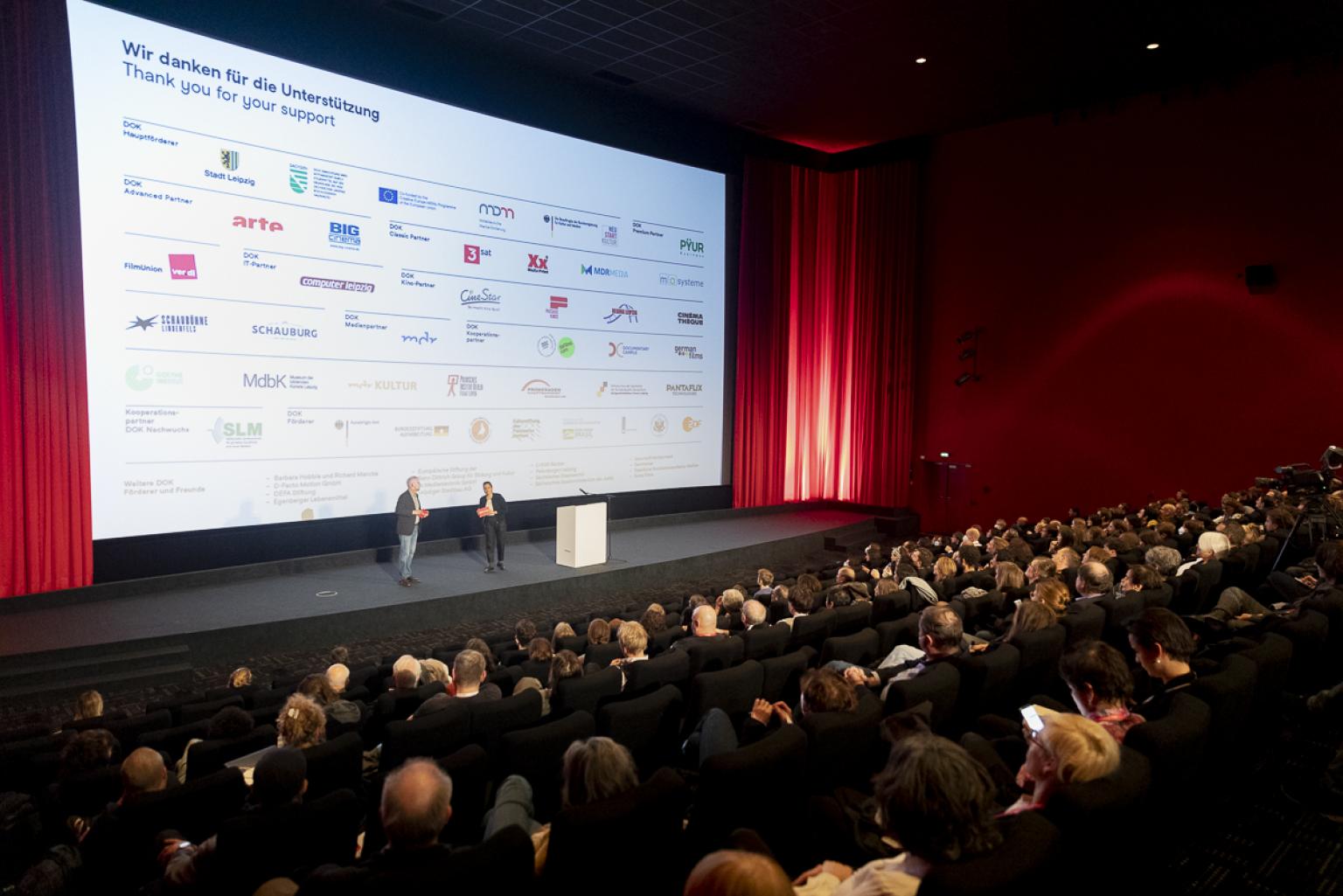 It’s award time! The first award winning films of this year’s festival edition have been accounced on Saturday afternoon (30 October) at our Partnership Award show. The event took place at Regina Palast, a new festival venue in the eastern part of Leipzig. The juries announced their decisions on site and congratulated the filmmakers, most of whom were present at the show.

The recipients of the partnership awards are:

Gedanken-Aufschluss, awarded by a jury of prisoners of the Juvenile Detention Centre Regis-Breitingen: The Crossing by Florence Miailhe, Germany, Czech Republik, France 2020.

Congratulations to all winners! An overview of all Award Winners, including Honorable Mentions, can be found here

The recipients of the Golden and Silver Doves will be announced in a separate event this evening.