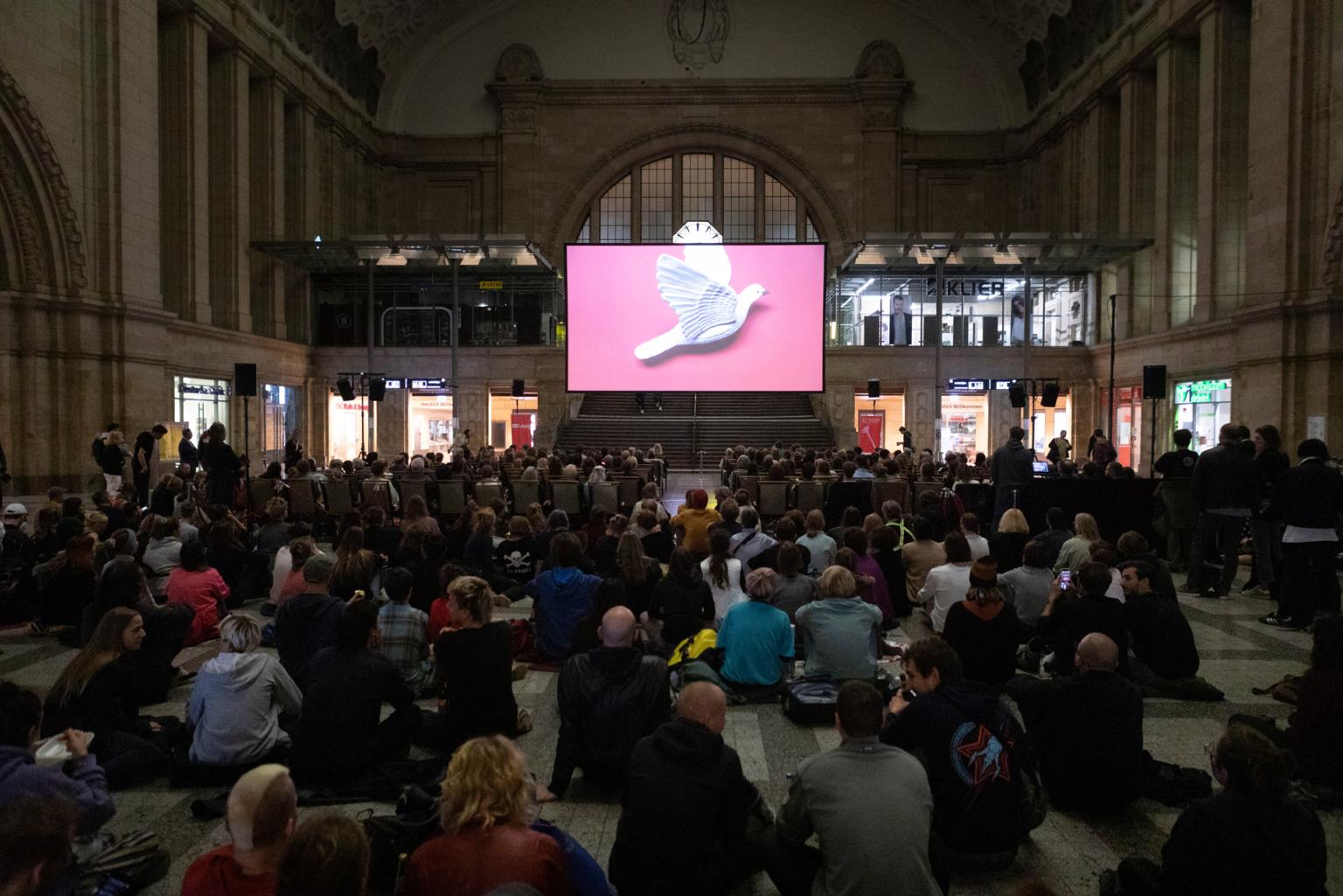 We look back on a successful 65th festival edition

246 short and long animation and documentary films at eleven venues in Leipzig, nine XR works at DOK Neuland as well as numerous talks, networking events and Get Togethers – that was DOK Leipzig 2022.

“We are very happy about the exuberant, positive feedback from our audience and the trade visitors, which shows us how important direct encounters are for the film and cinema industry,” concludes festival director Christoph Terhechte.

The Retrospective “The Female Documentarists of the GDR” was very well received, as were the two Matinees on related themes. The two Master Classes by Mila Turajlić and Špela Čadež were also met with enthusiasm. The free screenings at the Leipzig main station were again in high demand, as was the DOK Neuland exhibition “THX 4 Nothing!”.

During the festival week, 24 prizes were awarded, including nine Golden and Silver Doves. See all winners

In total, DOK Leipzig was visited 41,500 times in Leipzig and online. We would like to thank our audience, guests and filmmakers for many intensive conversations at Q&As, masterclasses and talks as well as for numerous great encounters – and we are looking forward to the 66th edition (save the date: 8– 15 October 2023)!

Read more in our press release