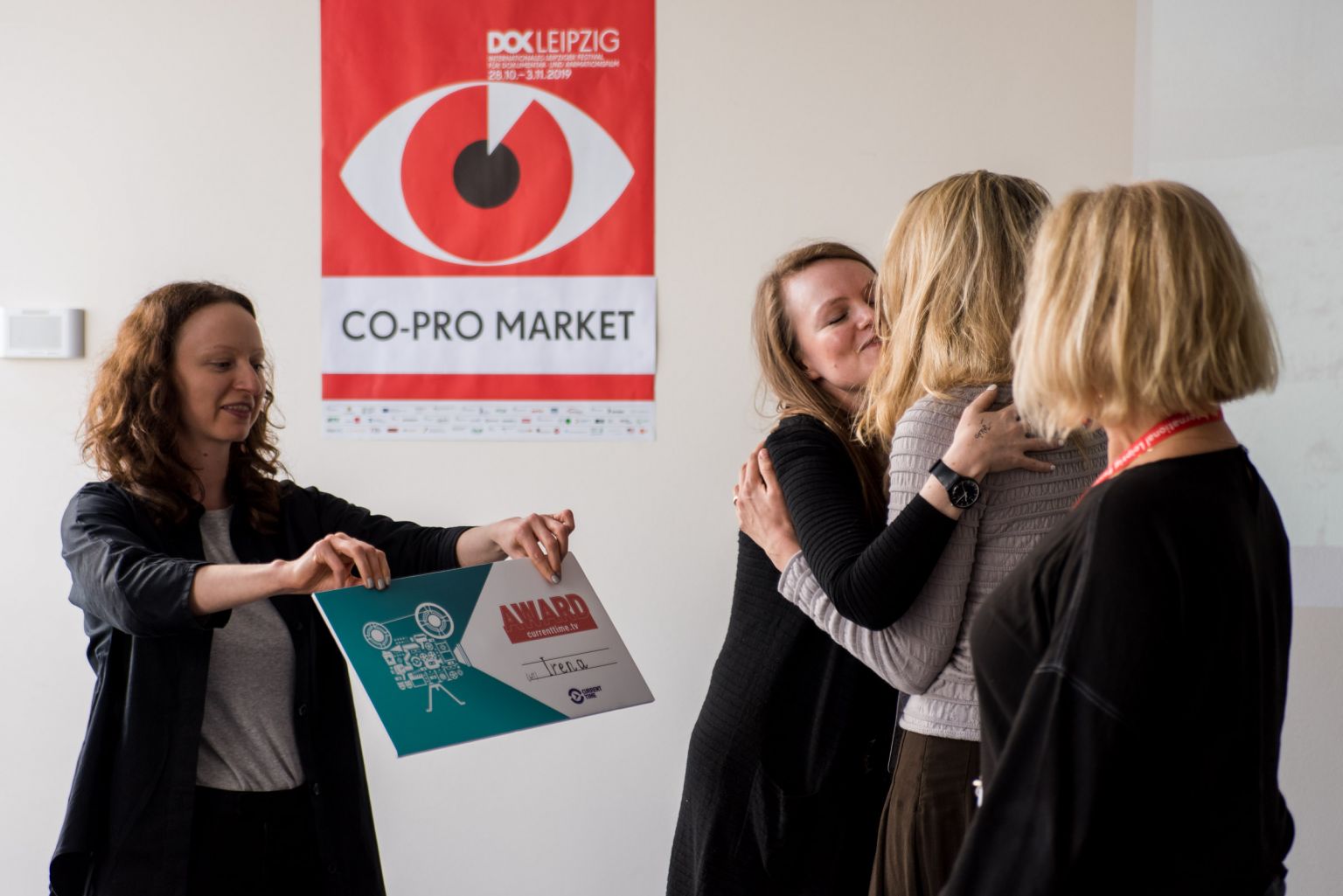 Filmmakers awarded at the Co-Pro Market

Three prizes have been awarded to new documentary projects participating in the 15th DOK Co-Pro Market.

DOK Leipzig and the Russian-language network Current Time are teaming up honour an outstanding documentary film project from Central or Eastern Europe. This year’s winner is Irena by Giedrė Žickytė. The award is endowed with prize money in the amount of 2,000 US dollars.

In addition, Zonta Club Leipzig-Elster has awarded their talent-development prize of up to 1,000 € to cover the travel and accommodation of one participating female producer, in this case Godisamang Khunou with the project Black Women and Sex.

EWA – the European Women’s Audiovisual Network has awarded the EWA Development Prize for the best project by filmmakers in the Circle Women Dok Accelerator for the fourth year in a row. This year the prize was split to award two projects. The financial support goes to Between Two Wars by Alina Gorlova and Anna Savchenko will receive mentorship support to further develop her project 72 Hours for one year.

We congratulate all Co-Pro winners 2019, thank our award partners and look forward to the further development of all the outstanding participating film projects.