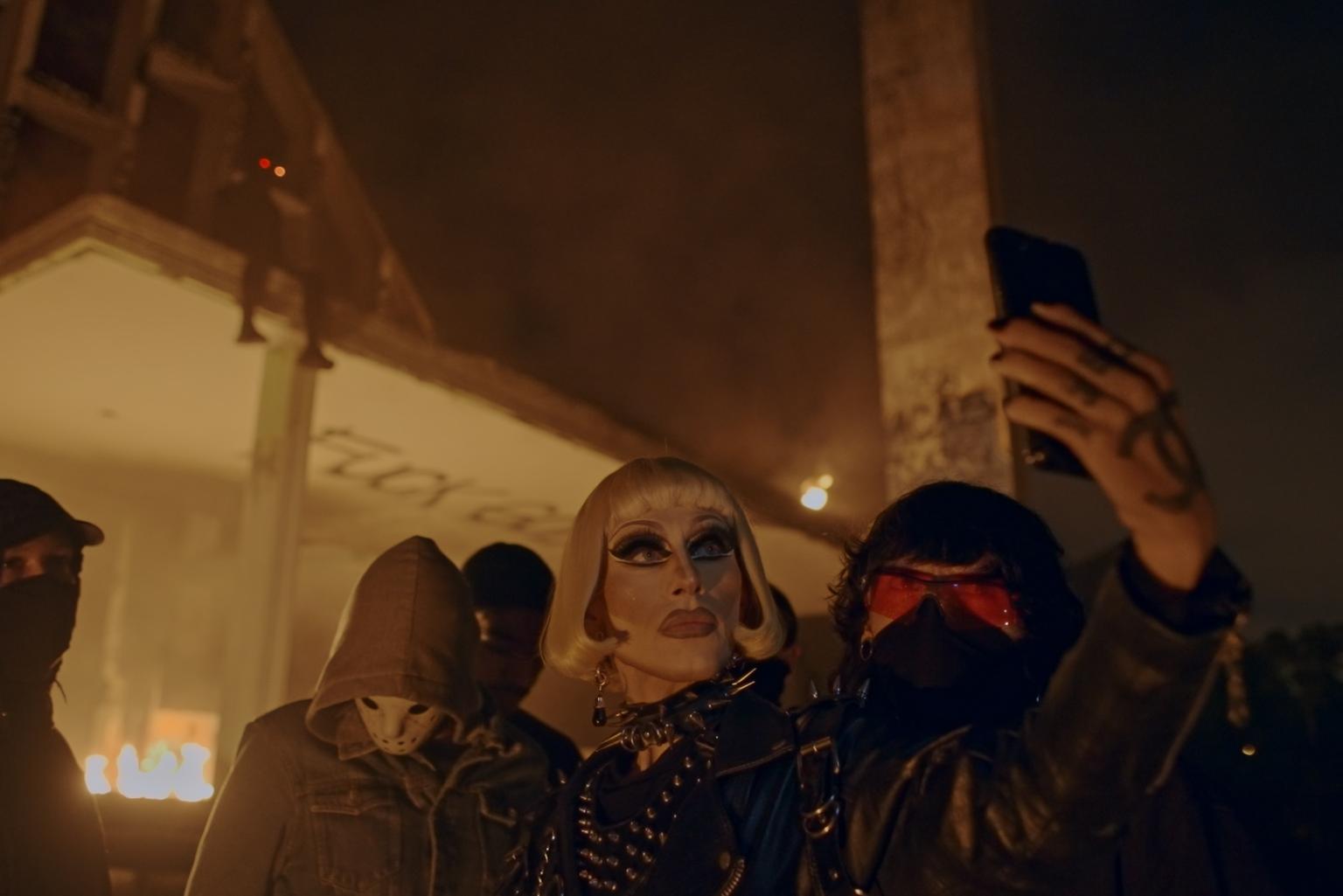 Congratulations to all the winners of the Golden and Silver Doves of DOK Leipzig’s 65th edition! The gala award ceremony for the Golden and Silver Doves was held on Saturday evening before a live audience at Leipzig’s Schaubühne Lindenfels. Many filmmakers, among them the directors of the winning feature-length films, received their awards in person.

Golden Dove of the International Competition for “Anhell69”

The Golden Dove in the International Competition went to Theo Montoya for his debut feature-length documentary “Anhell69”. This co-production from Colombia, Romania, France and Germany portrays a queer young generation in a Colombia marked by violence and repression, in a very real ghost story told in atmospheric images. The 10,000-euro Golden Dove is sponsored by Mitteldeutscher Rundfunk.

The Silver Dove for best long documentary or animated film by an up-and-coming director in the International Competition was awarded to Faustine Cros for the Belgian-French production “A Life Like Any Other”, a portrait of a woman at odds with her role as a mother and the demands of motherhood. The 6,000 euro award was sponsored by 3sat.

In the German Competition, filmmaker Sönje Storm was awarded the Golden Dove (3,000 euros) for “Dead Birds Flying High”, another first feature documentary winning the main prize. The director goes through old boxes left behind by her great-grandfather, Jürgen Friedrich Mahrt. This farmer and naturalist documented the local flora and fauna with the aid of photography and taxidermy and thus already observed the extinction of species as well as harbingers of today’s climate crisis in the early 20th century.

In the Competition for the Audience Award, the Golden Dove including 3,000 euros went to “Three Women” by Maksym Melnyk, who documents rural life in the Ukrainian village of Stuzhytsya near the EU border. “This film brings us images of joie de vivre and lightness. Images that we don’t often see coming from that country at the moment”, according to the statement by the audience jury, this time consisting of six cinephiles and friends of the festival.

These short films were awarded Golden and Silver Doves:

After the festival ends, eleven award-winning films can still be seen online throughout Germany in DOK Stream from 24 to 30 October 2022, including six recipients of Golden and Silver Doves. Online ticket sales will start at 10:00 on Monday, 24 October. The ticket price per long film or short film reel is 5 euros.

An overview of all award winners, including Special Mentions, can be found here in our press release.