default
Immerse yourself once again into the highlights of the 64th edition of DOK Leipzig.
Accredited
Off
Return to the Cinemas

DOK Leipzig 2021 took place from 25 to 31 October. It was the first festival edition to be held in person mainly in Leipzig since the beginning of the COVID-19 pandemic. We screened the complete film programme in our Leipzig venues, including numerous film talks in the cinema with the film teams who could travel to the festival.

Right after the festival week, we launched our digital VoD offer “DOK Stream” to serve those who wish to either deepen their festival experience or visit DOK Leipzig wholly online.

DOK Stream featured the competition films and was accessible abroad Germany during the first two weeks of November.

Taking the festival’s evolution a step further, we organized our DOK Industry activities for film professionals for the first time as a hybrid format to combine the best of both worlds, on-site and online.

Accredited
Off
Key Facts and Figures

We received a total of 38,950 visits to our onsite and online programmes, among them 17,000 visits to our cinema screenings and in-person events in Leipzig. Around 80 percent of the available seats were occupied — a very positive outcome for the first edition of the festival to be held mainly in person in Leipzig since the beginning of the pandemic.

However the festival was subject to certain restrictions. At all public events, the “3G” regulation — limiting admission to vaccinated, recovered or tested individuals — and distancing measures were put in place in order to protect against COVID-19. This meant that overall, about half of the seats at the various venues could be made available.

The daily screenings at Leipzig Central Station were filled to capacity with a total of 840 visitors. The extended reality exhibition DOK Neuland at the Museum of Fine Arts (MdbK) was equally well received. With a total of about 700 people, the exhibition area was at full capacity throughout the festival week. In parallel to the on-site exhibition we also offered the possibility to experience the presented XR works worldwide online.

In total, 172 films and XR works from 55 countries were shown during the 64th edition of DOK Leipzig. For two weeks immediately after the festival, DOK Stream made 71 films from the programme available throughout Germany, including all of the films that had received Golden and Silver Doves. 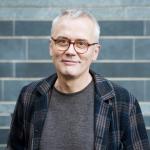 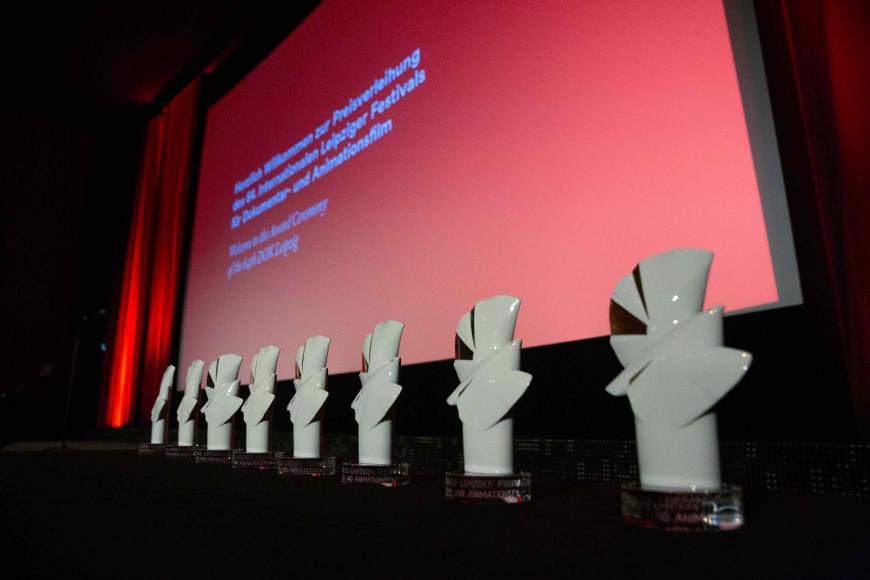 DOK Leipzig 2021 presented six competitions and a section out of competition: 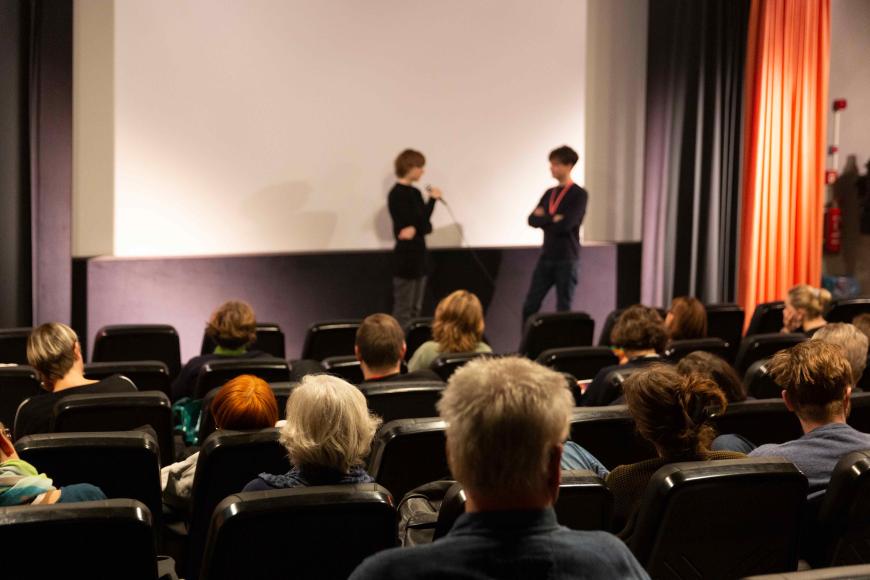 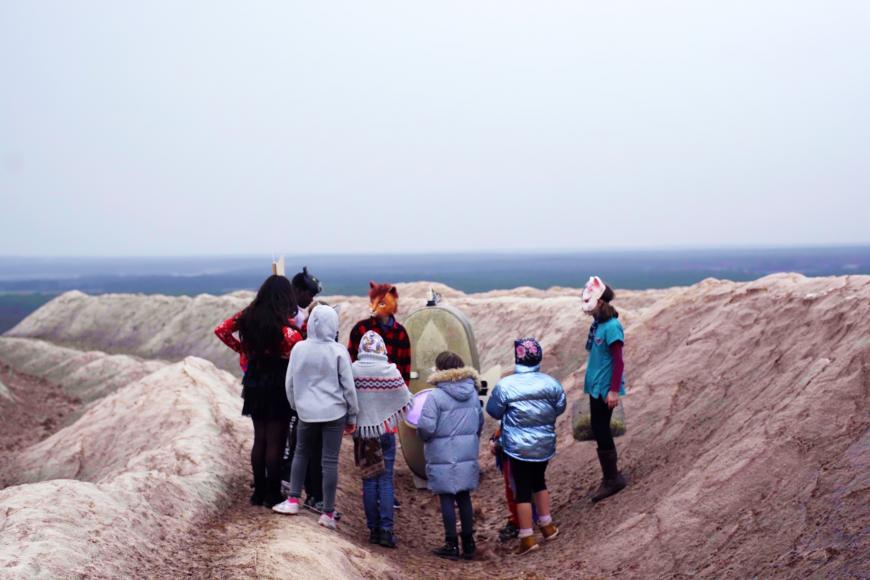 Programme for a young audience

Under the label Kids DOK we’ve presented new animated and documentary films for all who are in the mood for exciting, funny, thought-provoking viewing experiences. We gave a stage to films whose narratives and artistic language take children and young people seriously and allow us to experience their world. Kids DOK is open to all at the age of 5+.

In April 2021, Nadja Tennstedt took the lead at DOK Industry and decided to organise the activities for industry professionals for the first time in hybrid form. Numerous events took place online and at locations in Leipzig at the same time.

Around 1,400 accredited professionals made use of the opportunities for networking that these hybrid events presented, including around 500 people who were able to participate online from many locations around the world.

The offerings included established formats such as the DOK Co-Pro Market, the rough-cut presentations of DOK Preview, the online video library DOK Film Market, the XR conference DOK Exchange and the “Meet the Experts” forum.

The focus on the inclusion of underrepresented groups in the film industry, which commenced in 2020, was maintained in 2021, as well as our podcast series on topics relevant to the industry. For the first Time, we were organizing a one-day programme around the usage of archive material in documentary film: Spotlight on Archive.

“It was a great pleasure to once again welcome many of the accredited professionals in person and at the same time to enable those who were not able to travel to Leipzig to participate online. We’d like to thank everyone who participated for their flexibility and willingness to take part in DOK Industry’s various events. They all contributed to the success of this special edition.” 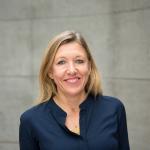 Our ambition was to create again an on-site event where filmmakers, leading branch figures and the Leipzig audience can meet, discuss films and expand their network. Besides cinema screenings, we offered various opportunities for exchange: At the festival centre, at our talk series “DOK Speaks Up” or at the masterclasses – all open to the public.

The exhibition DOK Neuland invited its visitors to immerse themselves in the world of virtual storytelling. Some of them spent three to four hours engaging with the XR works collectively titled “Chaos Is a Condition”.

DOK im Knast and DOK Bildung were once again part of the DOK Leipzig programme. With the “Teachers Day” we offered a one-day workshop for teachers about how to work with documentary films at school. Our youth editorial team DOK Spotters reported on films and filmmakers in contemporary media.

For everyone who crossed Leipzig’s market square, the installation “Hey you!” by filmmaker Shelly Silver was visible on the MdbK museum façade. The video artwork was projected every day during the festival week.

Accredited
Off
And the Winners are …

Eight Golden and Silver Doves have been awarded at DOK Leipzig 2021. The winners of the festival awards are selected by international juries. Almost all awardees could join the closing ceremony at CineStar to receive their dove statuettes.

Further prizes presented by our festival partners have been revealed at a second award ceremony that took place at Regina Palast, our new festival cinema in Leipzig’s East.

As part of the industry platform DOK Industry, five awards were given out to outstanding documentary film projects in development or in production. The awards were presented in cooperation with international partners.

along with 5,000 €
donated by the State Ministry for Higher Education, Research and the Arts (SMWK)

for an outstanding project from central or eastern Europe
along with 1,500 €
donated by Current Time TV

along with 1,000 € and a year-long mentorship by DOK Leipzig
donated by European Women’s Audiovisual Network

The Woman Who Poked the Leopard

President’s Tailor – From Auschwitz to the White House

for a festival consultation by Square Eyes 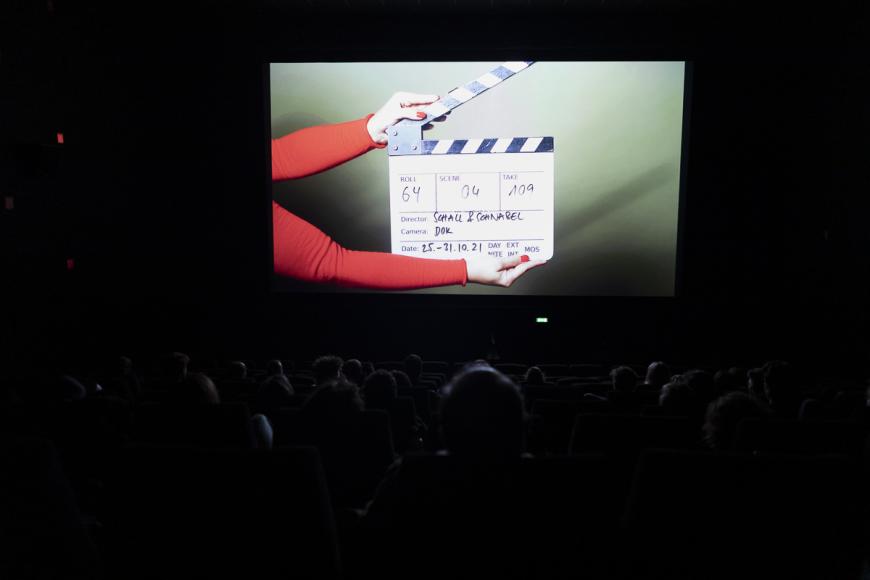 Browse our film archive to find the credits and programme texts to all festival films from 2012 until today.

Go to the film archive 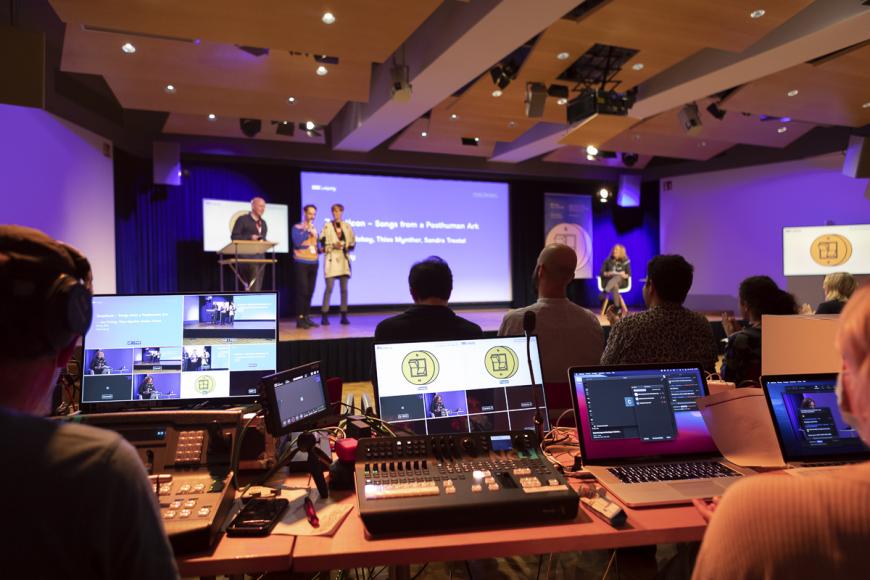 Want to know which documentary projects have been presented at DOK Industry 2021?

Go to the project archive

two-columns
Accredited
Off
Stay up to date!
Subscribe to the Festival Newsletter!
Inpage Navigation
On