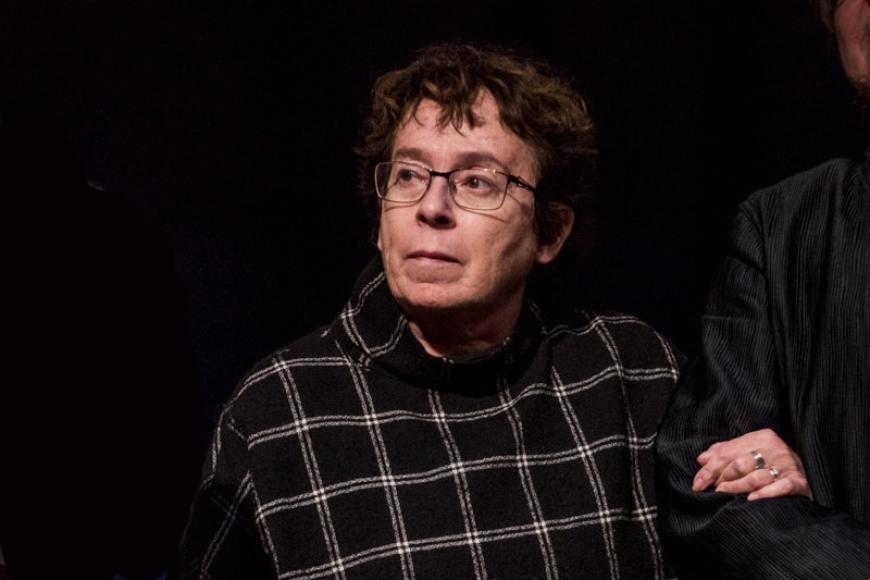 On 21 May, Heddy Honigmann passed away in Amsterdam at the age of 70. The Peruvian-Dutch director was a guest at our festival many times, where she was honoured with awards for several films. 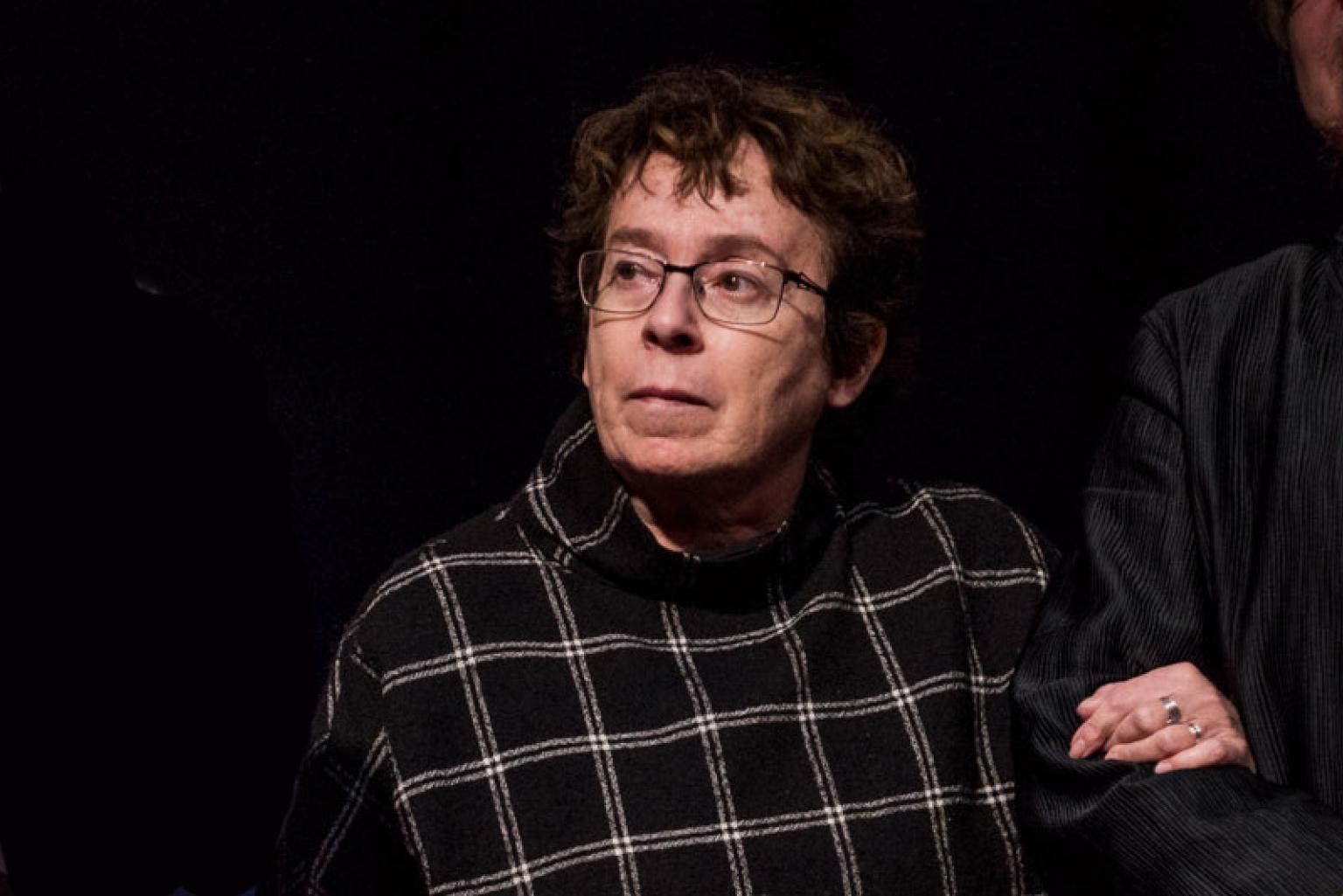 On May 21, Heddy Honigmann died in Amsterdam at the age of 70. The Peruvian-Dutch director was a guest at our festival many times, where she was honoured with awards for several films. In 1994 she won a Golden Dove for Metal and Melancholy. In 2006, she won the Prize of the Interreligious Jury for her film Forever. And in 2008, she received three awards for Oblivion: the Silver Dove, the FIPRESCI Prize, and the Prize of the Interreligious Jury.

Oblivion screened again in 2017 as part of our 60th anniversary programme series, which featured significant films from the festival's history. That same year, she was our guest as a juror for the International Competition. She also presented 100UP, her latest film project at the time, to the international film industry at the DOK Co-Pro Market.

We continue to feel deeply connected to Heddy Honigmann. Our thoughts are with her family, friends and colleagues. 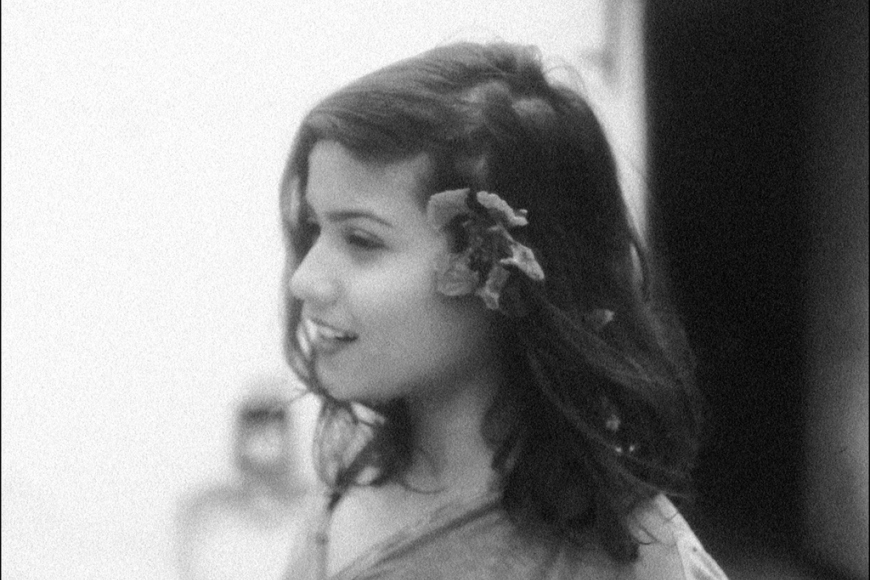 On 24 May, the European festival network Doc Alliance has announced the winners of its annual awards during the Doc Day at the Festival de Cannes. 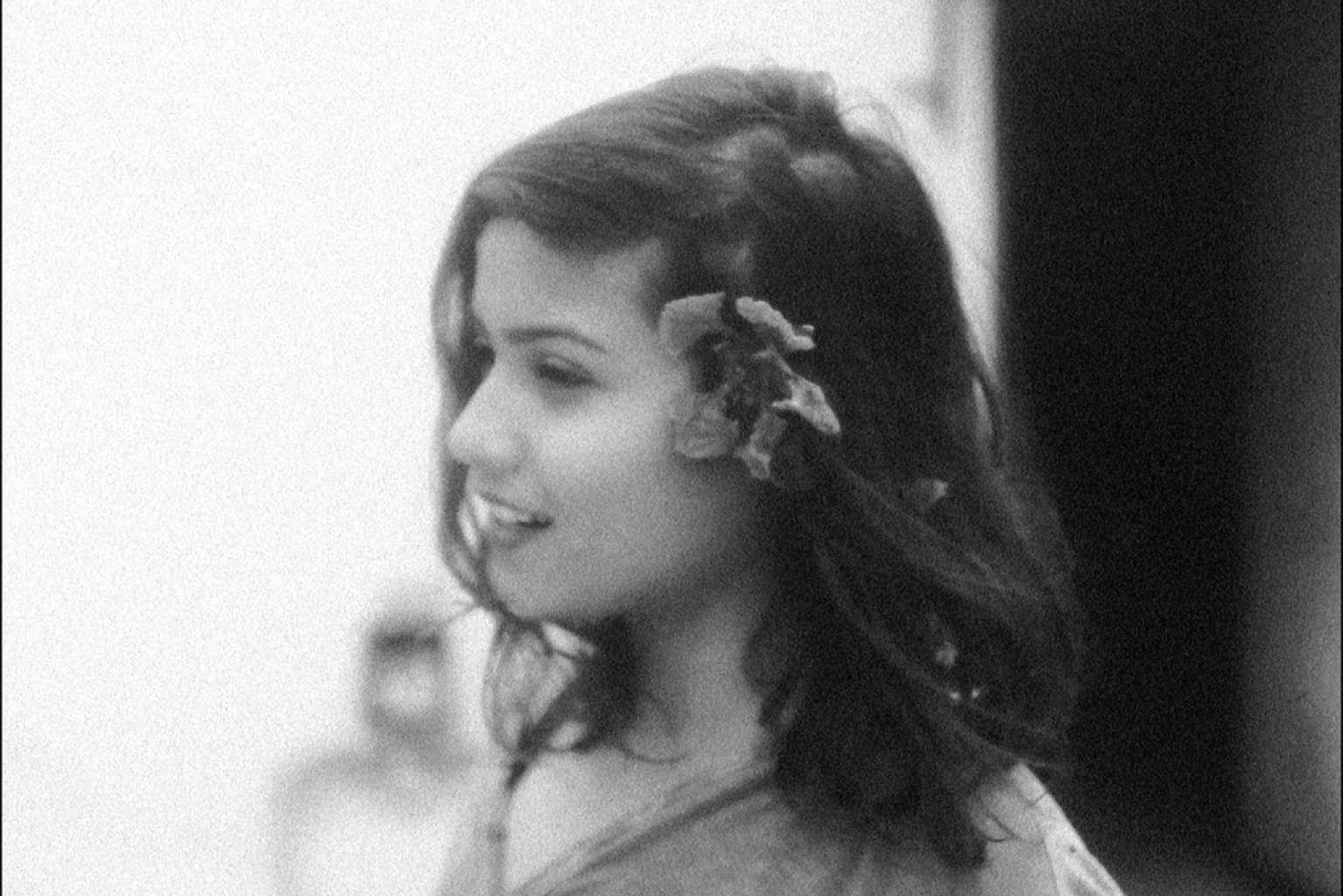 On 24 May, the Doc Alliance has announced the winners of its annual awards during the Doc Day at the Festival de Cannes. With these prizes, the European festival network honours emerging talents in documentary film.

And the winners are:

Payal Kapadia’s A Night of Knowing Nothing (France / India) has received the Doc Alliance Award – Best Feature. The filmpremiered in Cannes’ Directors’ Fortnight 2021, where it won the L'Œil d'Or award for Best Documentary. A Night of Knowing Nothing centres on L., a university student in India, who writes letters to her estranged lover while he is away. The jury called the film “an intimate yet political portrayal of modern Indian youth, all the while observing the alteration of the Indian scapes, its modifications, its need for change, but also its nostalgia.”

The Doc Alliance Award for the Best Short Film 2022 went to In the Billowing Night (France) by Erika Etangsalé. Retracing the footsteps of her ancestors, questioning her identity through the story of her father, first-time director Erika Etangsalé weaves a story of silence, dark dreams, mysterious pain and muted violence. Shot between Reunion Island and Mâcon, Erika Etangsalé elicits a voice that recalls, in halftones and whispers, the memory of slavery and the whiff of colonialism from a not so distant policy, which remains a blind spot in the history of France.

In the feature-length category, the jury also extended a Special Mention to The Eclipse by Nataša Urban.

Congratulations to the film teams! For interviews with the winning directors, please have a look at the Doc Alliance website.

About the Doc Alliance Awards

For the Doc Alliance Awards, each festival of the network nominates one feature-length film and one short by an emerging filmmaker from their most recent lineup. The winners are chosen by a jury of seven international film critics, also selected by the festivals. The award for the Best Feature is endowed with 5,000 € and the prize for the Best Short comes with 3,000 € for the directors, to be spent on their next film project.

Both winning films of this year had been nominated by FIDMarseille. Our team had selected the films Nasim and Light Years to compete for the 2022 Doc Alliance Awards. See all nominees here.

Good to know: A selection of the nominated films is currently available on the Doc Alliance streaming platform dafilms.com. 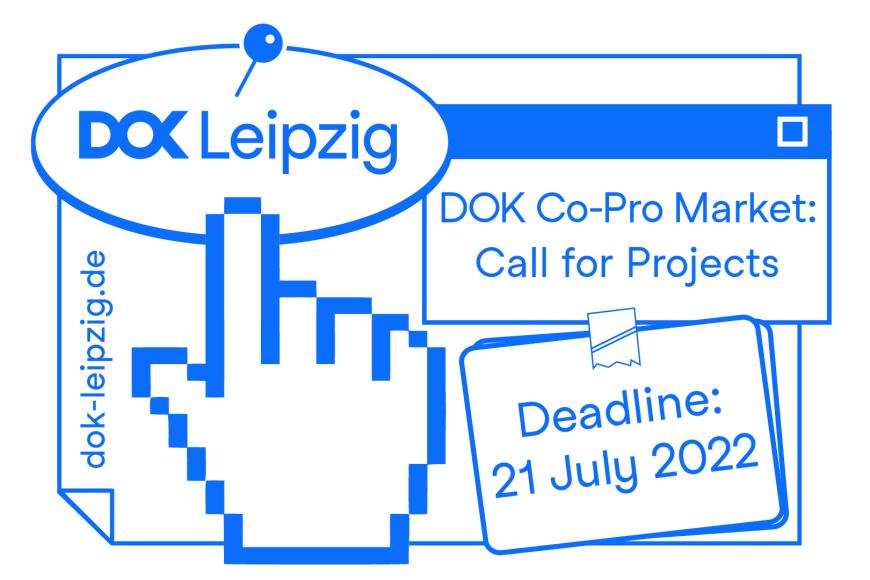 We are excited to launch the Call for Projects for the 18th DOK Co-Pro Market and we are looking forward to seeing which projects you are bringing forth this year. 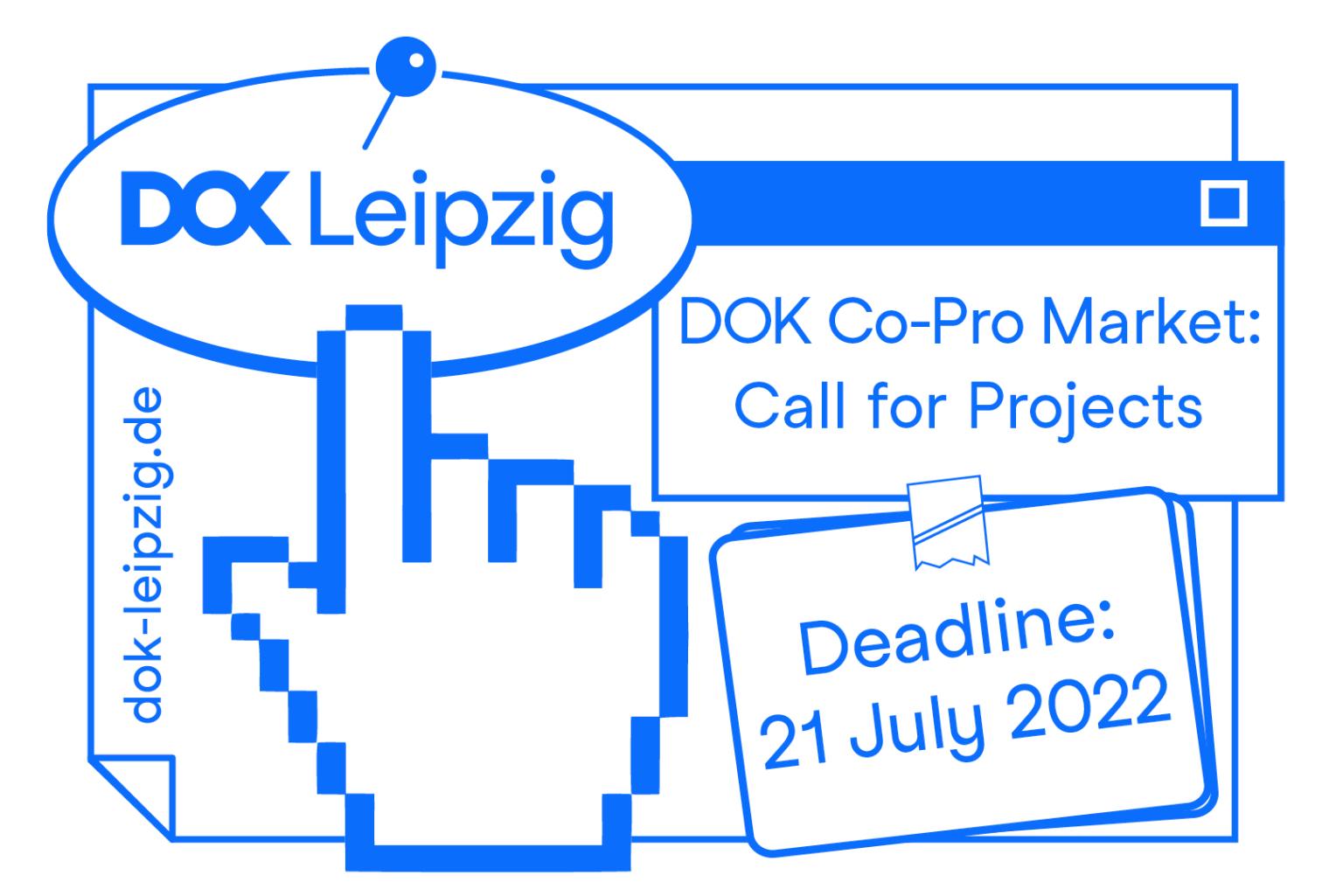 We are excited to launch the Call for Projects for the 18th DOK Co-Pro Market! While age is just a number, we feel as curious, adventurous and energetic as any 18-year-old and are looking forward to seeing which projects you are bringing forth this year.

The Co-Pro Market is a co-financing and networking event, connecting producers with colleagues to finance new creative documentary projects and granting exclusive access to the multifaceted German and international non-fiction markets. The 18th edition of DOK Co-Pro Market takes place 17–18 October 2022, within the framework of our festival week in Leipzig.

What kind of projects are we looking for?

You can submit your project via our website until 21 July 2022. Read the Co-Pro Market guidelines and start the submission process here.

We can’t wait to discover your new projects! 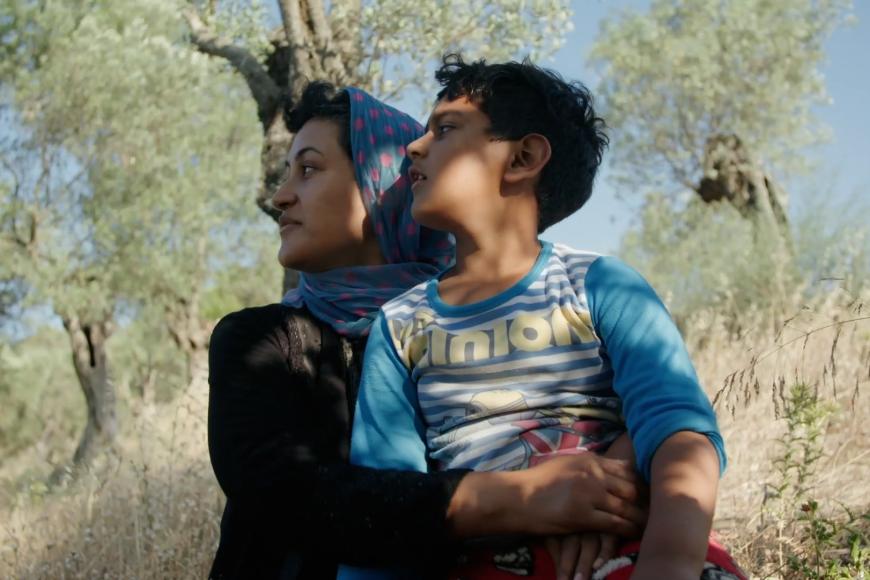 The awards support emerging talents in European documentary film, honouring one short and one feature documentary film. 14 films have been nominated, the winners will be announced on 24 May in Cannes. 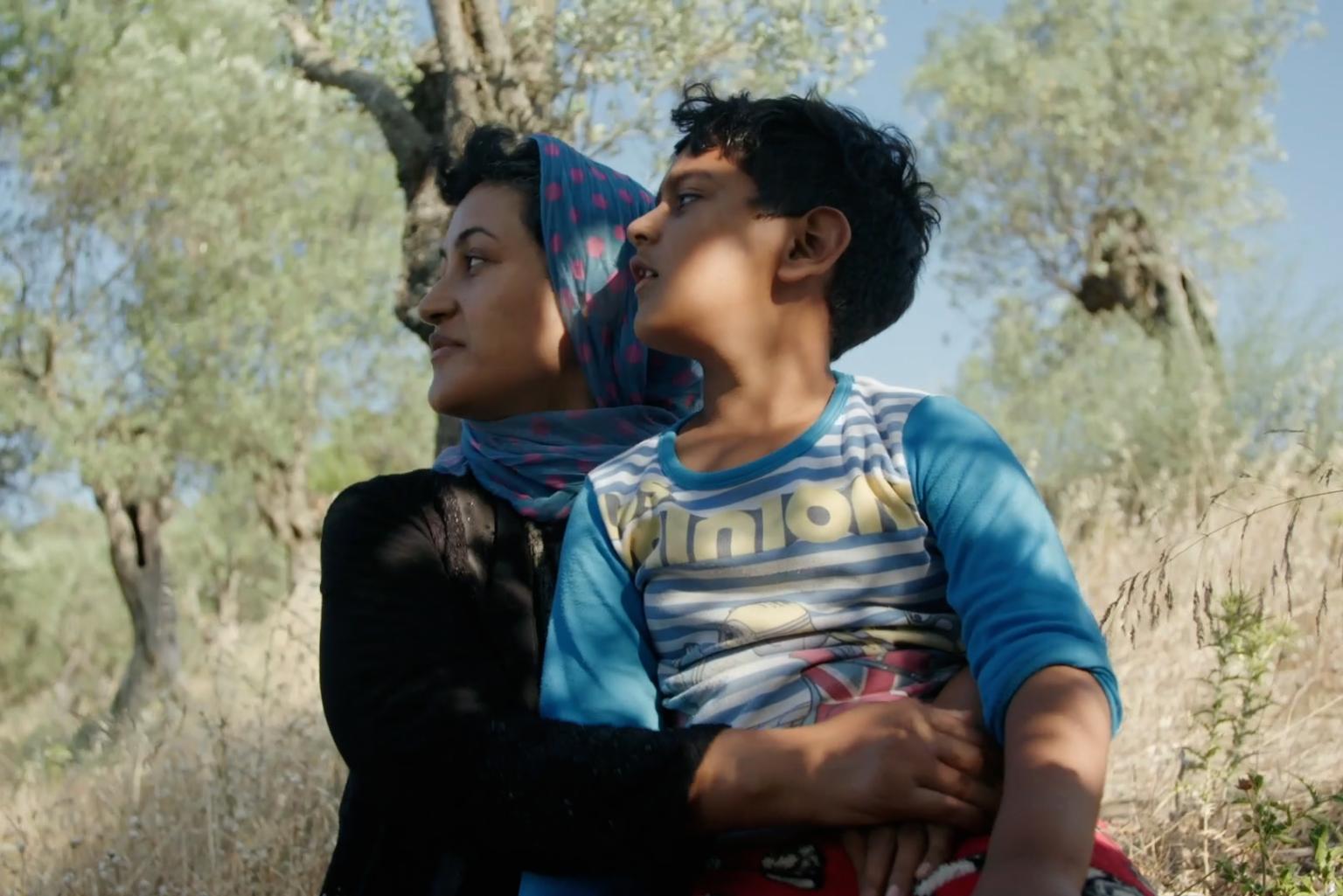 On 24 May, the Doc Alliance Awards will be presented in Cannes, as part of the Marché du Film industry programme. The awards support emerging talents in European documentary film, honouring one short and one feature documentary film. Both prizes are endowed with 8,000 Euro.

Our DOK Leipzig nominees are the feature-length film Nasim and the short film Light Years. In Nasim, filmmakers Ole Jacobs and Arne Büttner follow the Afghan Nasim and her family in the Moria refugee camp on the Greek island of Lesbos. The film was part of our German Competition in 2021 and was honoured with the DEFA Sponsoring Prize, ver.di Prize for Solidarity, Humanity and Fairness. Light Years by Monika Proba was shown in the International Competition Short Film last year. The film follows the two men as they try to face their situation between religious obligations, family expectations and their tender friendship.

Who decides about the winners?

We keep our fingers crossed for all nominees, and we are looking forward to celebrating the winners in May!

You don't want to miss our news and updates? Sign up to our newsletter!
The festival newsletter

65th DOK Leipzig Festival
Save the Date!
Add to calender
Inpage Navigation
Off