Retrospective: The Female Documentarists of the GDR

Retrospective: The Female Documentarists of the GDR

default
Only a few female directors from the former GDR have made the leap into collective documentary film memory. Why is that?

Carolin Weidner and Felix Mende talk about researching their Retrospective programme, curating as a work of discovery and about women as “irritating snags in the fabric”.
Accredited
Off

Carolin Weidner (CW): I’ve been thinking about what images will arise in the minds of a potential audience when confronted with the subject matter of this Retrospective. What will come to mind? Will it relate to the female documentarists in the GDR at all? I’m sure many will think of “After Winter Comes Spring” by Helke Misselwitz, a film we are not going to show. Gitta Nickel, Petra Tschörtner, Tamara Trampe or Sibylle Schönemann are likely to be familiar to some. It’s important to me to emphasise that we approached this work “totally naked”. We spent a lot of time on taking stock at first. Who was there in the first place?

Felix Mende (FM): Quite a few, that’s for certain – all in all, we watched films by more than fifty female directors, including women who didn’t work for DEFA but for GDR television or only at the university. Their numbers are certainly still fairly small compared to their male colleagues. Nonetheless, there are more than the few names you just mentioned.

CW: Definitely. And it was exciting to advance into realms that nobody had been seriously interested in for a long time, or perhaps ever. To uncover things that were overgrown, to do a little salvage work. The book “She. DEFA Directors and Their Films”, edited by Cornelia Klauß and Ralf Schenk, was undoubtedly an important signpost here. But back to the well-known and lesser-known names. Why, do you suppose, has so little been heard of so many women until now?

FM: What’s noticeable at least is that the filmmakers who got more attention had something like a clearly recognisable artistic signature and often opted for a very personal approach. That usually makes their films somewhat more accessible from today’s perspective. But quite frequently we also came across works of a different ilk: Just like the men, women were enlisted to produce ideological self-affirmations, full of brigades, festivities, clear enemy stereotypes. Of course, even under such conditions, a few works were created whose perspective, though following the party line, shows a certain idiosyncrasy and portrays more than what was already known anyway.

CW: You’re alluding to Annelie Thorndike. “Diary of a German Woman”, which opens our programme, is one of the most expansive and expensive essays I ever saw. Very beautiful and luxuriant, but also perfidious in its reading of German-German history. 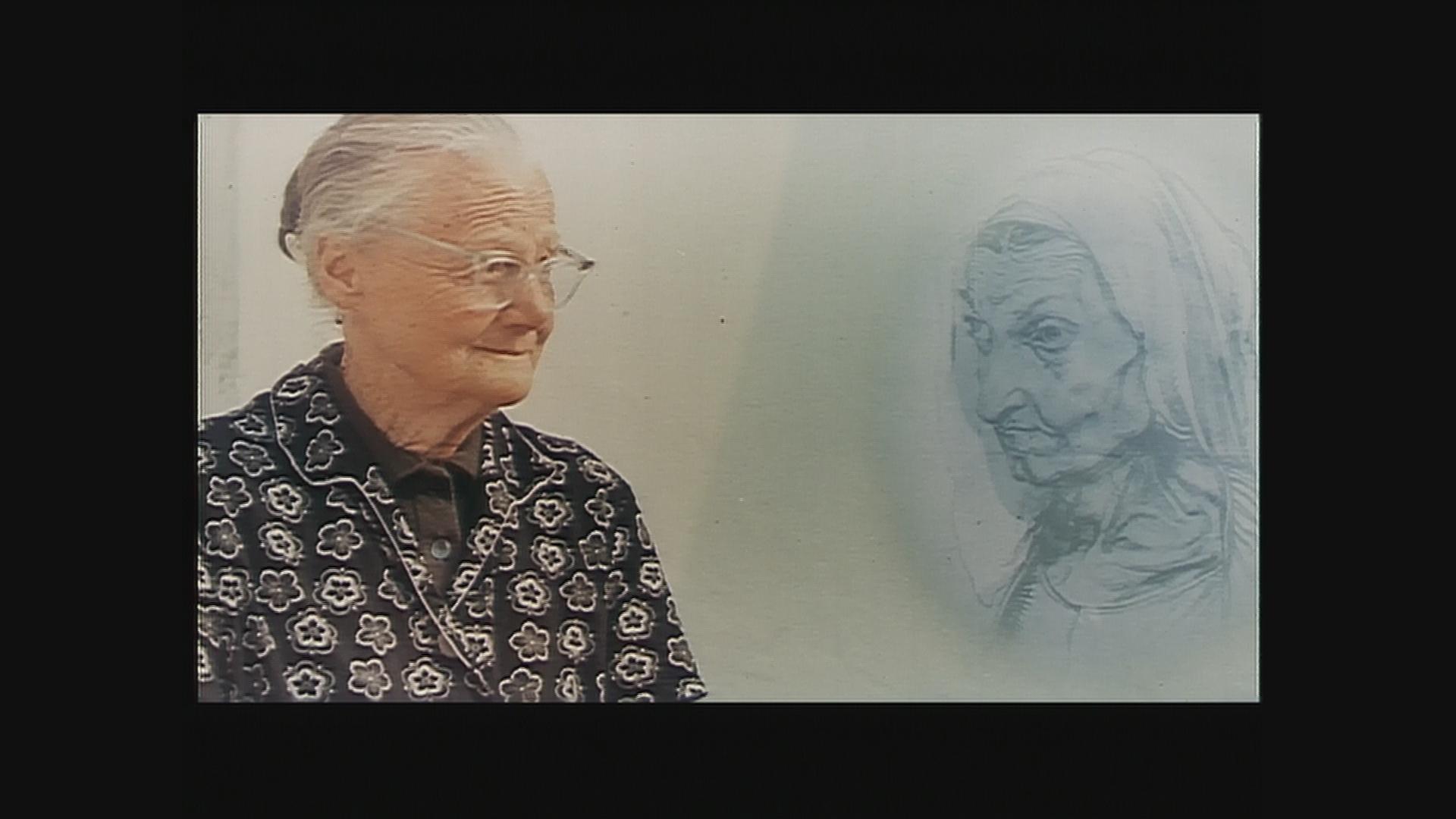 FM: “Diary of a German Woman” is, after all, one of the rare cases where a very subjective approach and the narrative of the great GDR fall together, since the Thorndikes were sincerely convinced of the system. Later films like Nickel’s “To Be Young, and What Else?” or “Dialogue” by Róża Berger-Fiedler suddenly reveal how the basically state-supporting form of the institutional portrait is shattered by the found reality. Instead, fairly revelatory insights into social conditions are produced, though only of men’s worlds in these cases. Did you get the impression that our research also generated a new awareness of what it meant to be a woman in the GDR?

CW: A new awareness for me or in general? I learned a lot about being a woman in the GDR through my family, and, in a perhaps fairly flirtatious way, I see myself as something of a woman from the GDR. Then there were books like “Good Morning, Beautiful” by Maxie Wander that I’m sure many people are familiar with. Let’s put it like this: The spectrum of women from the East that I think I know was reflected in the films. But this may also be an insight: The Retrospective as a whole does not allow for an idealised image of women. But what has consistently touched and thrilled me is the clear and unpretentious self-disclosure, displayed for example by the protagonists in Petra Tschörtner’s “Behind Windows”.

FM: In any case, this was a difference in our collaboration: I don’t have this biographical access at all, which made some of what we saw seem stranger, more impenetrable to me. But I enjoyed wondering about the primary sources which struck me as remarkable. Like the picture that illustrates our conversation. 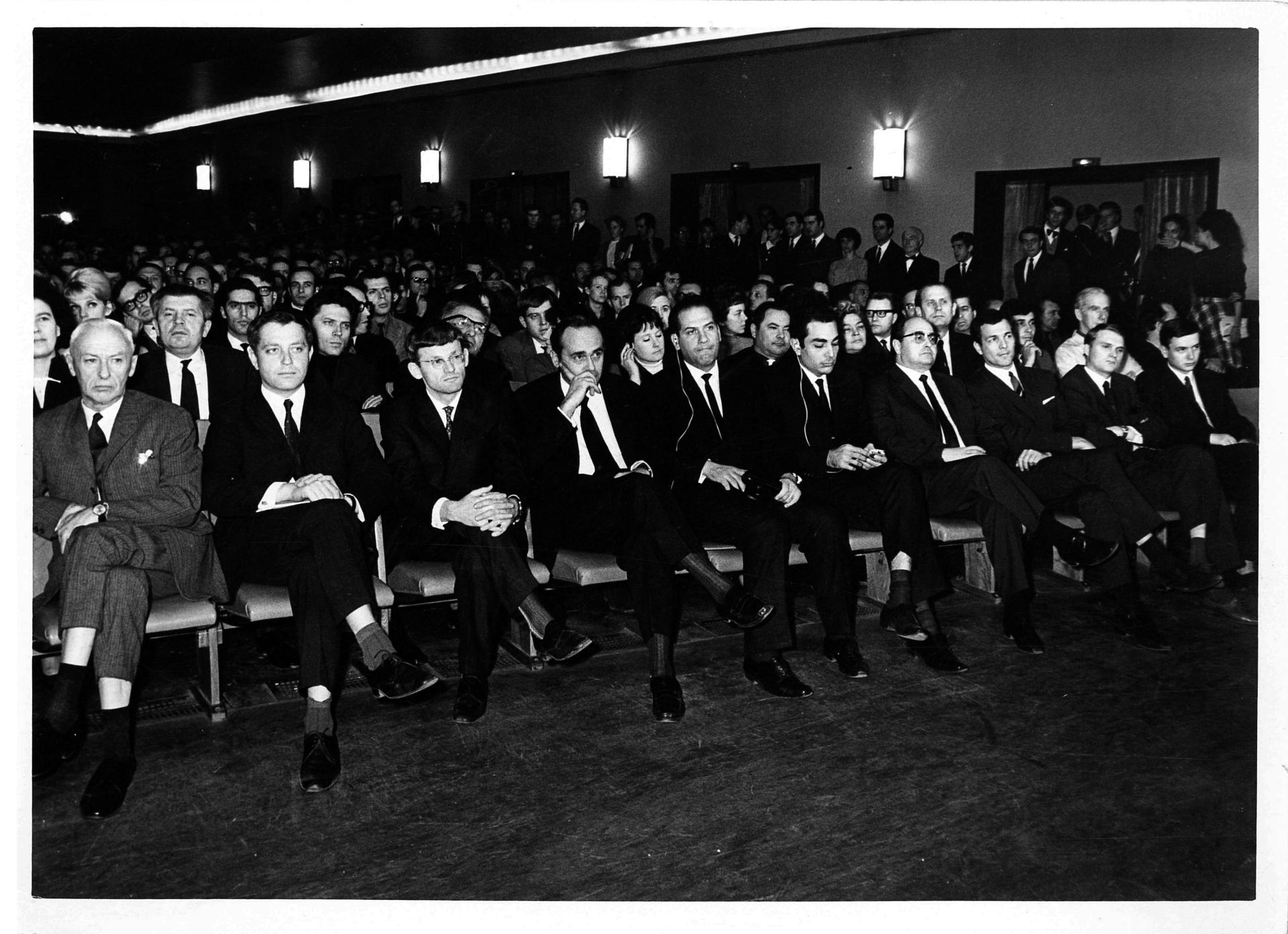 CW: And what did you think when you saw it?

FM: I felt immediately challenged by that agglomeration of highly important gentlemen to start a “Spot the women!” game. Are there any? The longer you look, the more you see them peeking out from behind the ties: They blend into the overall picture enough not to stand out immediately. But every single one of them is a small irritating snag in the fabric.

CW: I’d be interested to know whether they themselves felt that way – as “irritating snags in the fabric”. But that’s very abstract. It’s a pity we can’t interview any of them now, at least none from this photo. But my immediate association is the film “Women-Film-Dreams” (1993) by Beate Schönfeldt, in which at least four women speak out, respectively five if we include Schönfeldt’s own perspective: Gitta Nickel, Petra Tschörtner, Helke Misselwitz and Gabriele Denecke. Completely different personalities. 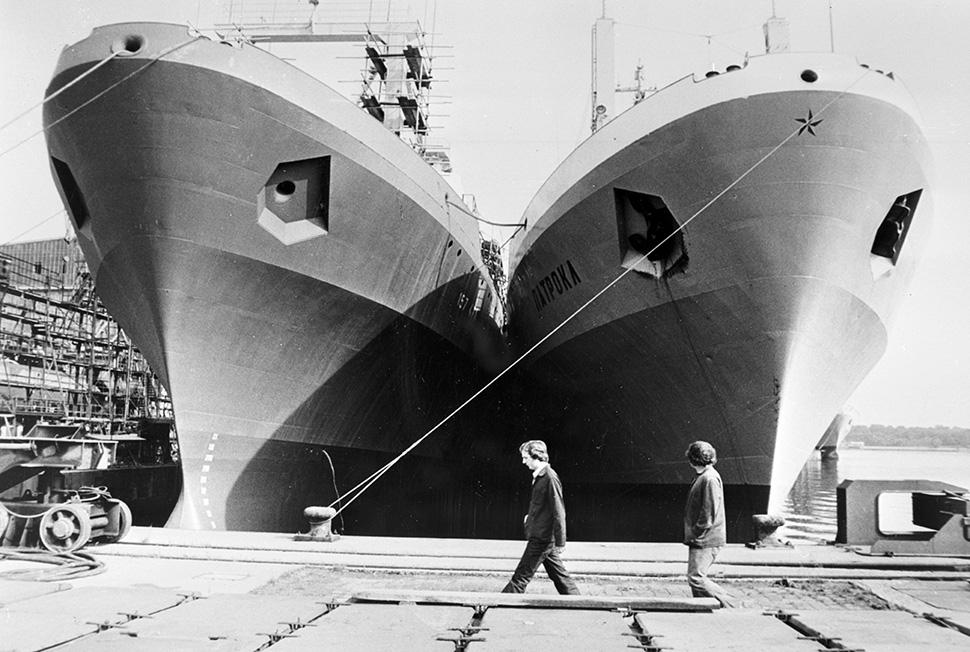 Filmstill from “To Be Young, and What Else?”. Directed by: Gitta Nickel
© Filmuniversität Babelsberg KONRAD WOLF | Gitta Nickel

FM: What they have in common is that they were fairly successful in their field, against all the adversities they talk about. But in the conversations, they also state clearly what this meant: a dedication to their job that was hard to reconcile with motherhood or romantic relationships, and the need for a certain egotism, which often frightens men in particular. Of course, not everyone had this willingness to make sacrifices in private life and the necessary pinch of impudence, and so we also find directors in our programme whose careers came to an abrupt end.

CW: Not just came to an end, they positively disappeared even as persons. The example that affected me most is Dagnija Osite-Krüger, whose films impressed us both very much, I believe. “Ablinga” especially is a discovery for me and I’m very curious to see how it will unfold on the screen. Osite-Krüger’s traces, in any case, are lost after a certain point in time – interestingly in Leipzig.

FM: It almost seems logical, because her films themselves are searches for traces, sketched historical reconstructions based on a few selected testimonies. And in this perhaps related to our programme: We can’t find Osite-Krüger today, many others have died, in some cases we know very little about them – but most of their films still exist. And the selection we are showing may at least convey an idea of what it was like to be a female documentarist in the GDR.

The Retrospective is supported by means of the Federal Foundation for the Study of Communist Dictatorship in East Germany.

What’s on at DOK Leipzig 2022?
Browse the Programme Overview
zitrone
Inpage Navigation
Off