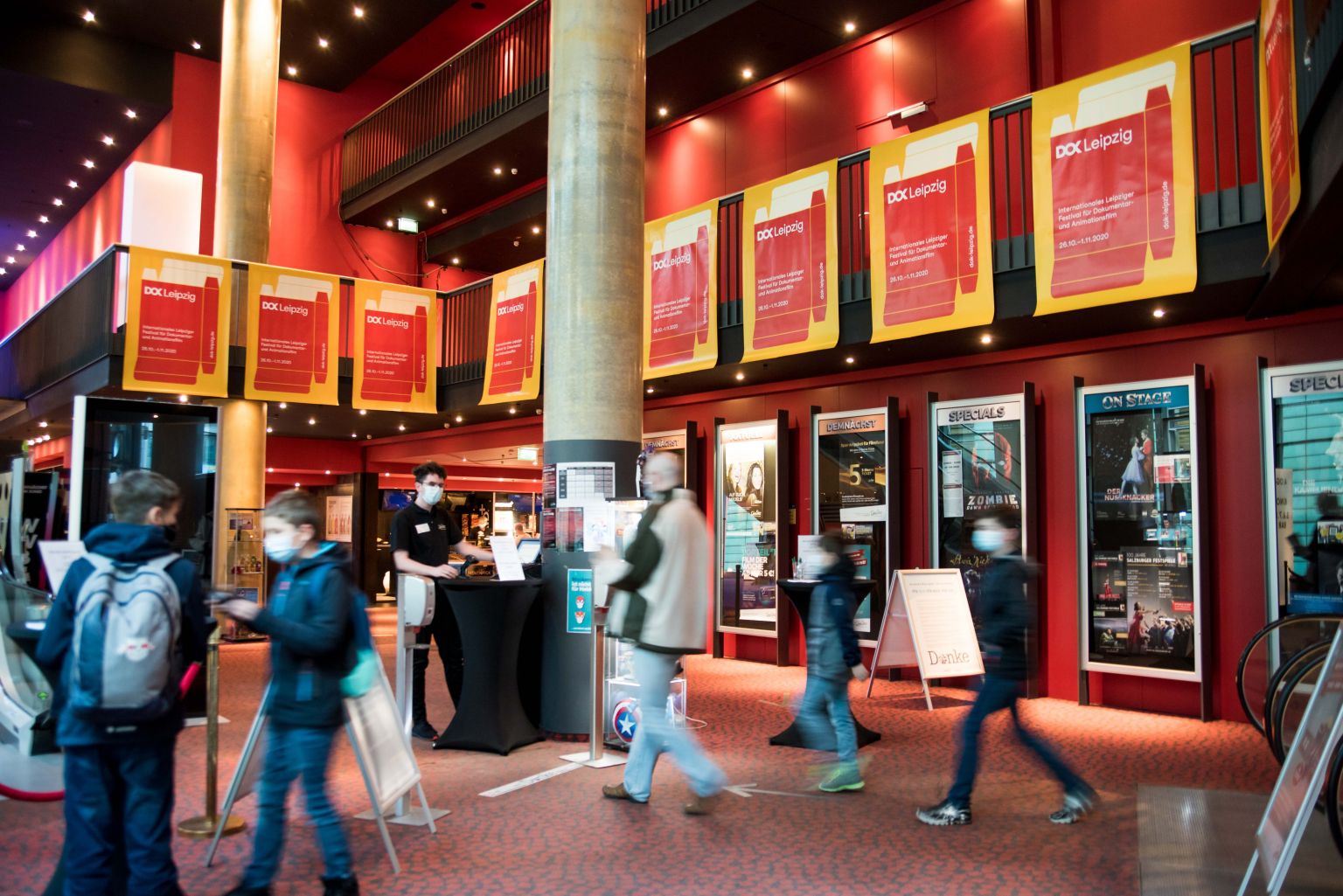 A total of 47.615 visitors took advantage of the hybrid edition of the festival — physically in the Leipzig festival cinemas or DOK Neuland just as well as with online film screenings, discussions with filmmakers and industry offerings

“This edition of the festival was a big adventure for us. Organising a festival under these new circumstances meant a huge adjustment for the entire team as well as for all the filmmakers, partners and service providers involved. However, the positive reactions of the visitors and the fantastic level of interest among the public tell us that this huge effort was worth it.” The online audience, for example, submitted photos of private film screenings via social media, and there was a lot of positive and cordial feedback. “We would like to share this wonderful feedback with the filmmakers, who have lost much of their direct contact with the audience. You deserve special appreciation.”

Connections between the online and offline audience

Despite not being in the same place, the audience and the filmmakers had numerous opportunities to engage in dialogue. One of the challenges facing the hybrid edition was to bring together the cinema audience, the directors at home and the online audience for 12 live film talks. Various other live elements also connected the filmmakers and their audiences. Pre-recorded talks and pre-produced segments rounded out the programme.

DOK Industry online was a success

Nearly 1,700 accredited professionals took advantage of the festival’s industry offerings at DOK Industry and were networked online across different time zones. The offerings included the DOK Co-Pro Market, the presentations of rough cuts at DOK Preview, the DOK Exchange conference and, for the first time, a series of podcasts on topics relating to the industry.

A total of 150 films and XR works were shown during the 63rd edition of DOK Leipzig.

Christoph Terhechte concludes: “The team has seldom faced such a huge challenge, but we all learned an enormous amount in a short time. We will apply the know-how we’ve acquired to future editions of the festival.”

You can find all award winners here.