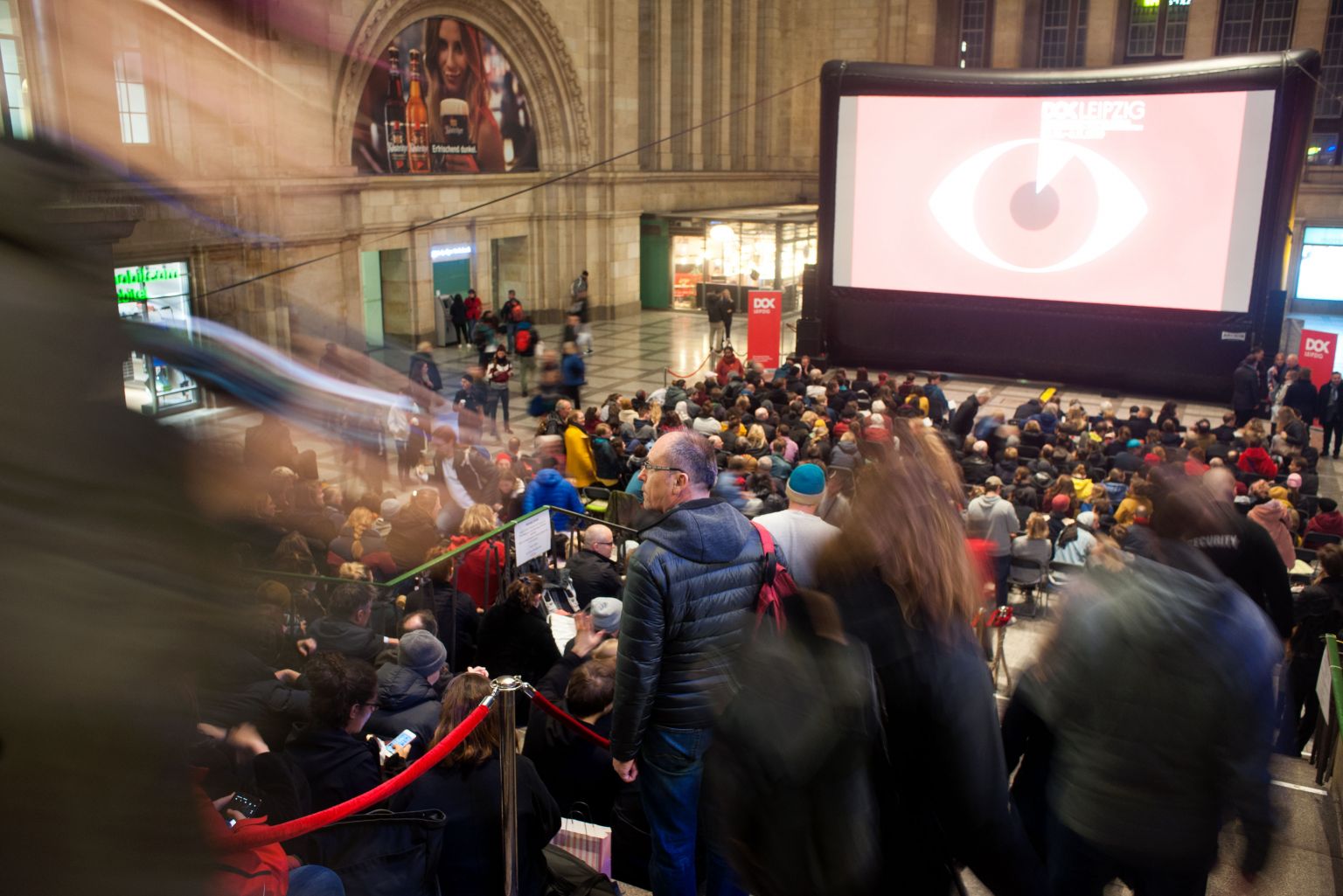 Our programme at the main station – free admission

During the festival week, selected films from the programme will be shown daily in the East Hall of the ECE Promenaden Hauptbahnhof main station. Due to the hygiene rules, the screenings do not have their usual open character, instead the area is separated by walls and access is only possible after submitting a contact form. The number of seats is limited, please also note the instructions on site. We are nevertheless excited to welcome you!

From Monday to Saturday between 18 and 18:45, we present Genius Loci – Train Stations, Films and Progress together with the Saxon State Archive: humorous and historical films on the theme of railroads, stations and dining cars - as part of the Year of Saxon Industrial Culture, funded by the Cultural Heritage Foundation of the Free State of Saxony.

Monday, 26/10 from 20:00
From the International Competition Girls/Museum by Shelly Silver will be shown. Young visitors aged between seven and nineteen contemplate individual works in the Leipzig Museum of Fine Arts and offer spontaneous interpretations.

Tuesday, 27/10 from 20:00
The film 80.000 Schnitzel by Hannah Schweier will be screened. From the German Competition the film is about Monika, who fights tirelessly to preserve her grandmother’s ailing inn and farm. A family chronicle and a film about life goals.

Wednesday, 28/10 from 20:00
As MDR Showcase the film Collective by Alexander Nanau will be shown. In 2015 a fire breaks out in the Bucharest club “Colectiv”: 27 dead, 180 injured. But for the survivors of the disaster, the hospitals become death traps. Investigative.

Thursday, 29/10 from 20:00
Atomkraft Forever by Carsten Rau: Featured in the German Competition, this film is a visually stunning and at the same time sober reckoning of the zero sum game between climate change and nuclear disaster: no dramatisation at all and yet deeply disturbing.

Friday, 30/10 from 20:00
Andreas Voigt is invited to the festival with his film Grenzland, also in the German Competition. Along the river Oder: Virulent questions about homeland and community, everyday life and politics, asked with confident casualness, provide an account of the present.

Saturday, 31/10 from 20:00
Wir wollten alle Fiesen killen by Bettina Ellerkamp and Jörg Heitmann is a real-life satire about the incredible acquisition and impossible sale of a bunker mountain – a mixture of serious documentary and bone-dry humorous science fiction.