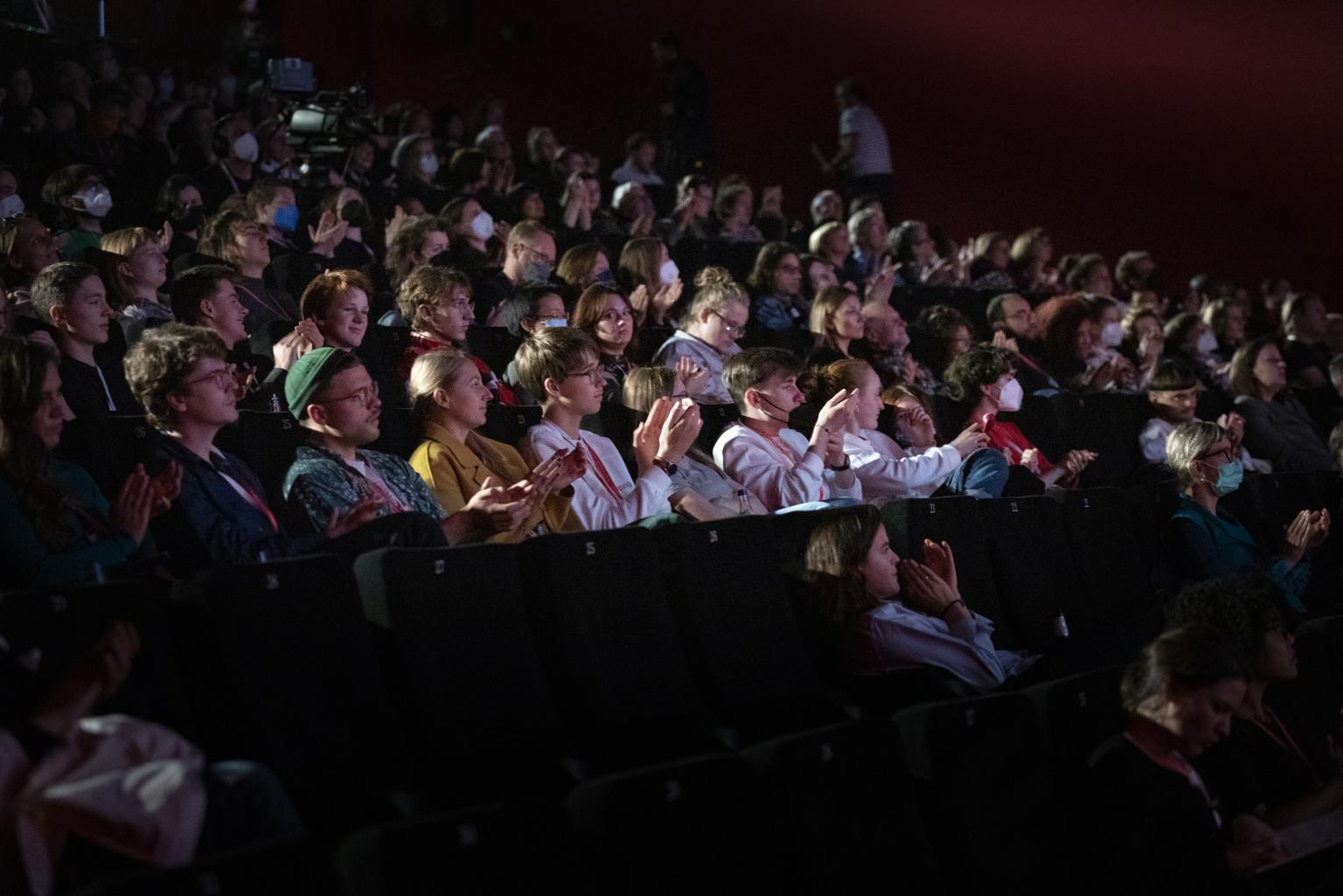 Announcing the winners of the Partnership Awards 2022

It’s awards time for the first winners at the 65th edition of DOK Leipzig! The nine awards of our festival’s partners have been presented on Saturday afternoon at Schaubühne Lindenfels in Leipzig’s westend. Almost all filmmakers received their awards in person. The winners of the Golden and Silver Doves will be announced at a second event this evening.

These films have been awarded:

Gedanken-Aufschluss, awarded by a jury of prisoners of the Juvenile Detention Centre Regis-Breitingen: “Yonii” by Julius Gintaras Blum, Germany 2022

Congratulations to all the filmmakers!