Direkt zum Inhalt
DOK Leipzig looks forward to welcoming you back! Whether you join us in Leipzig or online, we are thrilled to invite you to take part in an intense and inspiring festival week and celebrate the film community.
Accredited
Off

Browse the Film Programme and get your Tickets now! 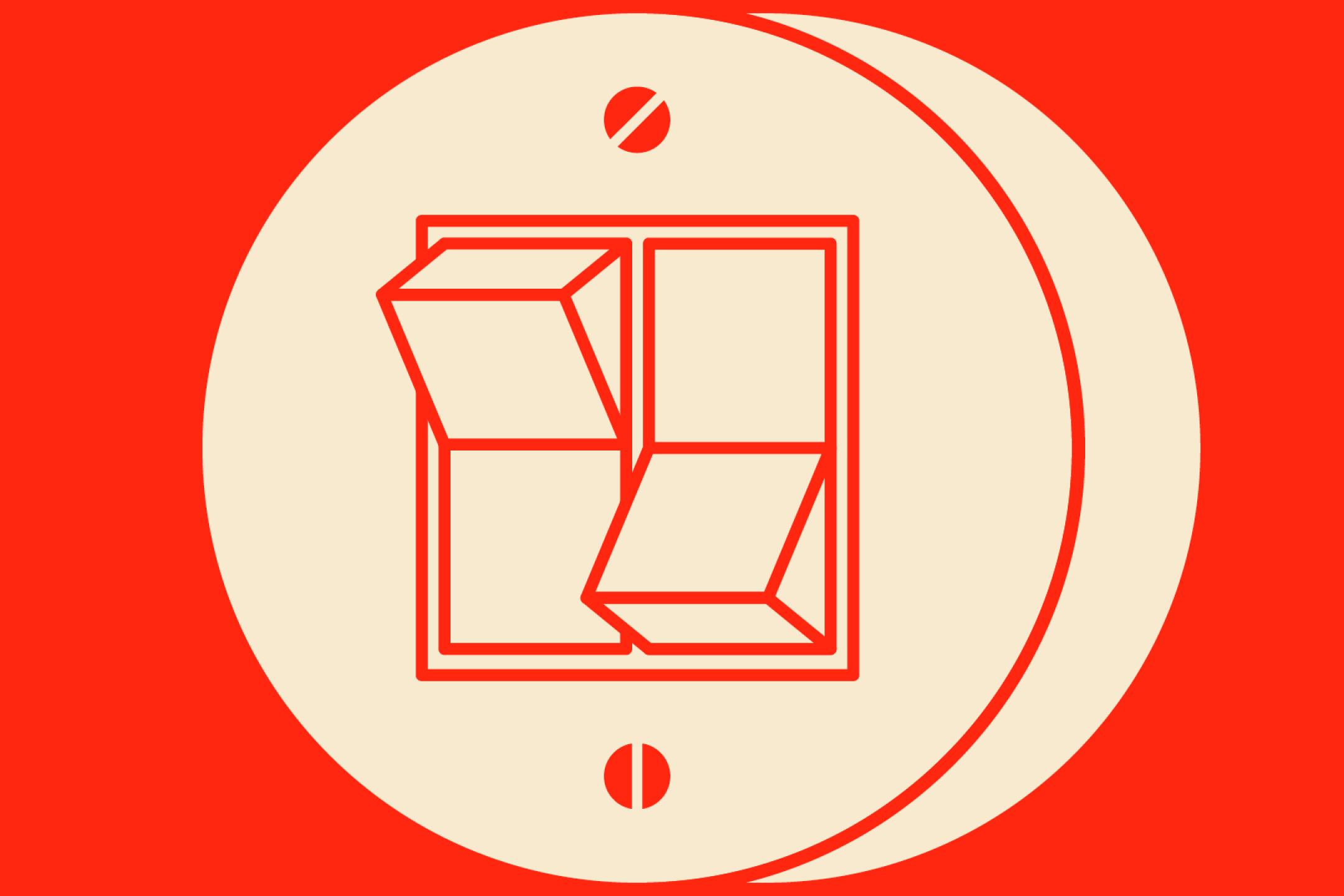 Films in the Cinemas

During the festival week (25 – 31 October), we show 170 films in our partner cinemas in Leipzig. Discover the programme now! Tickets will be available from 8 October. 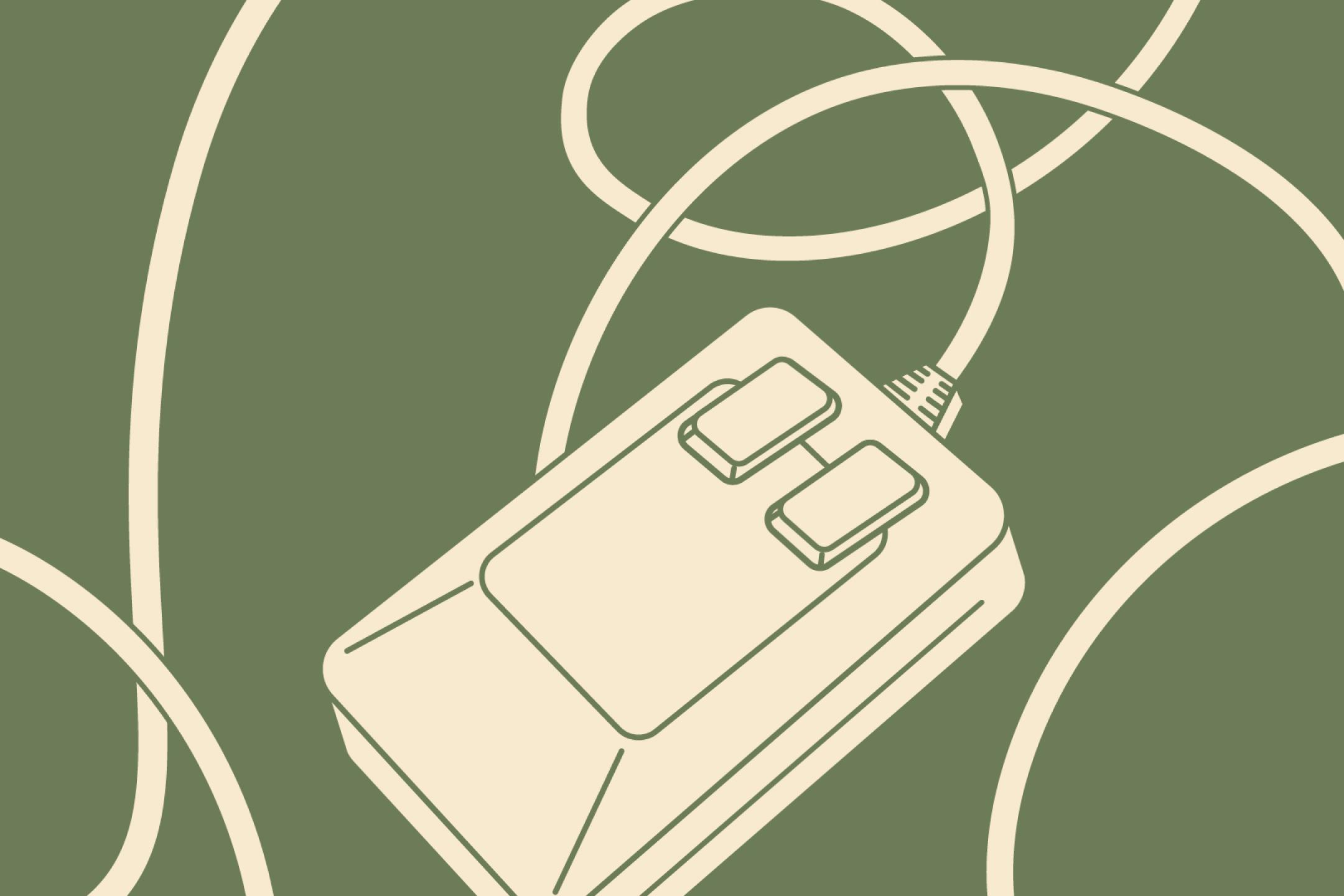 During the first two weeks of November (1 – 14/11), we will present more than 70 documentary and animated films – mostly from our competitions – as Video on Demand. You can already purchase tickets for the DOK Stream. 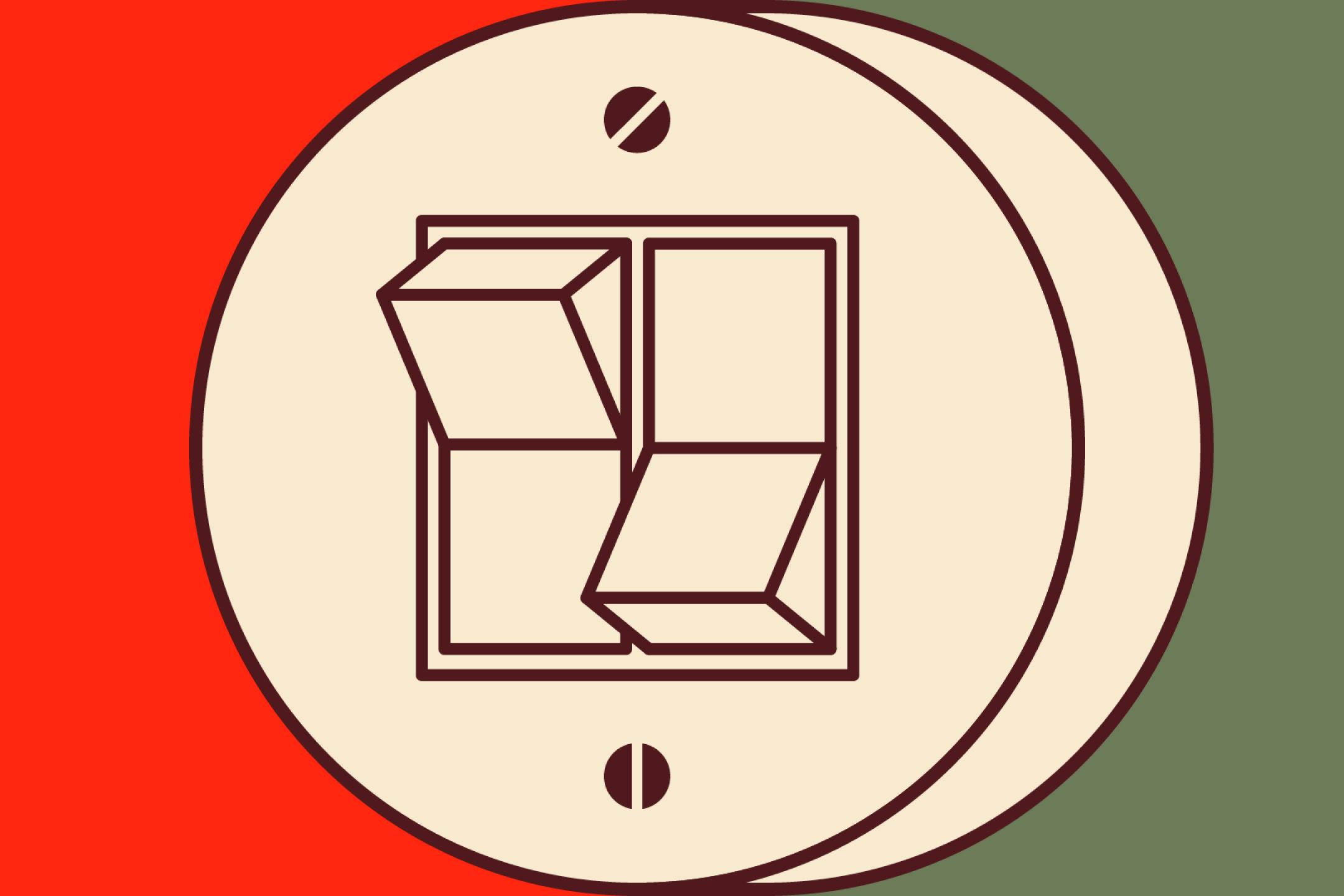 The 64th edition of DOK Leipzig is the second one under exceptional circumstances. To help you navigate through our festival and make the most of it, we've collected the answers to your most pressing questions in this FAQ.

If you have any further questions, please contact us at: tickets [at] dok-leipzig [dot] de 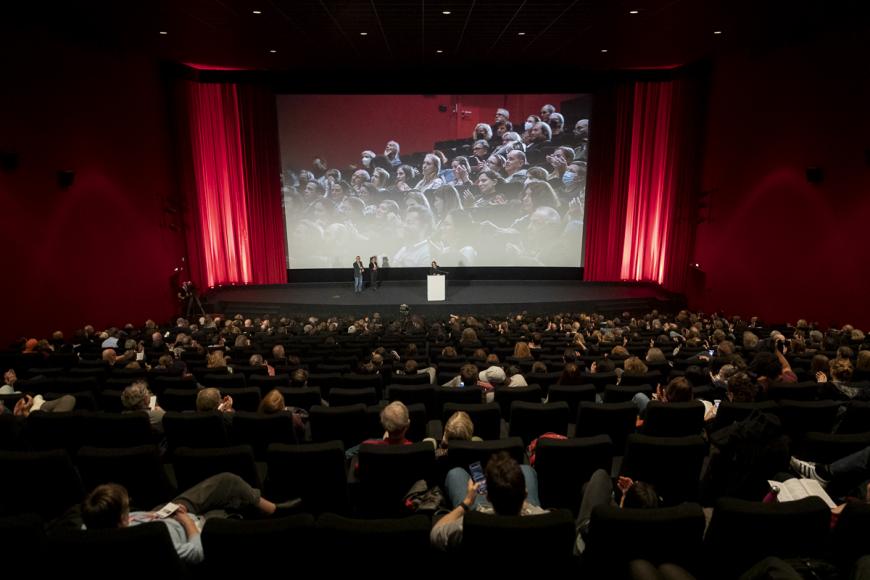 We‘re set to start the festival week! DOK Leipzig opened on Monday, 25 October with the international premiere of The Rhine Flows to the Mediterranean Sea. 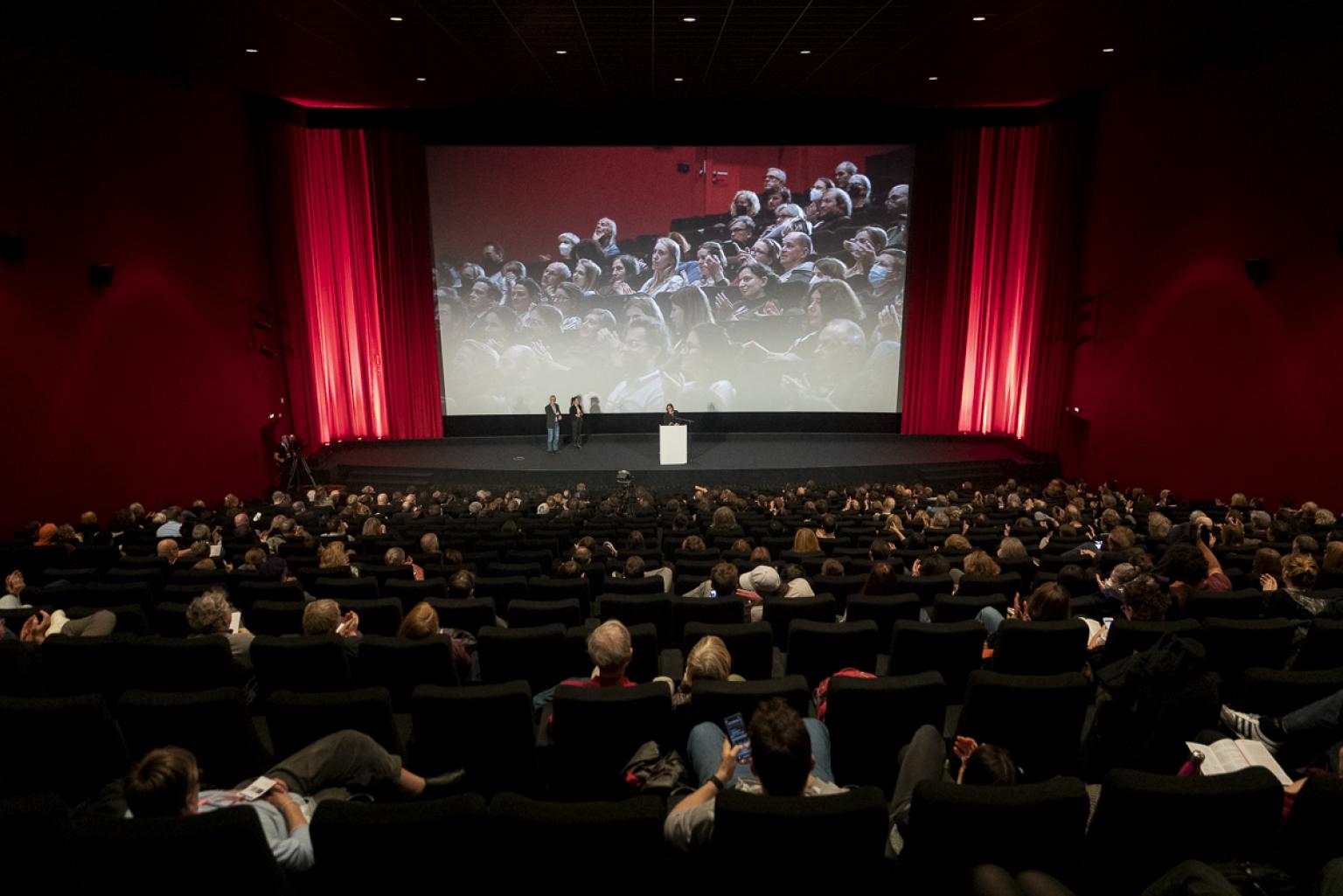 We’re set to start the festival week! DOK Leipzig opened on Monday, 25 October with the international premiere of The Rhine Flows to the Mediterranean Sea in front of an audience of about 700 at the CineStar theatre. Parallel to the opening event the film was shown at Leipzig Central Station (Osthalle). Festival Director Christoph Terhechte introduced the crowd to the film’s director Offer Avnon at both venues. As an Israeli and the son of a Holocaust survivor, Avnon’s work explores his impressions of Germany and his changed perspective upon returning to his hometown of Haifa.

Guests of honour looking forward to debates with the audience

Speakers at the opening ceremony included Dr Skadi Jennicke, Deputy Mayor for Culture and Arts of the City of Leipzig, and Sebastian Hecht from the Saxon State Ministry for Science, Culture and Tourism (SMWK). „By looking at other continents and grappling with political issues, the festival broadens our horizons and keeps us thinking", said Mr Hecht in his opening address, and Dr Jennicke lauded the festival’s contribution to public debate: “For the city of Leipzig, the International Festival for Documentary and Animated Film is an irreplaceable highlight within the cultural landscape. I am all the more pleased that DOK Leipzig is returning to the city’s cinemas this year along with international guests.”

This year’s first award… and a Silver Dove from 1995

The Iranian filmmaker Sarvnaz Alambeigi won the first award of this year’s festival edition for Broken Flower. The Saxon Award for the Best Documentary Project by a Female Director, for which projects selected for the DOK Co-Pro Market are eligible, comes with a 5,000-euro prize and is sponsored by the SMWK. Broken Flower will portray a young woman from Afghanistan who wants to become a Muay Thai athlete despite resistance from her patriarchal father.

There was another award winner on stage, though. Dutch filmmaker Vincent Monnikendam, who won a Silver Dove for Mother Dao, the Turtlelike back in 1995. The statuette somehow never reached the director by post at that time, but 26 years later the honour was bestowed on location in Leipzig. 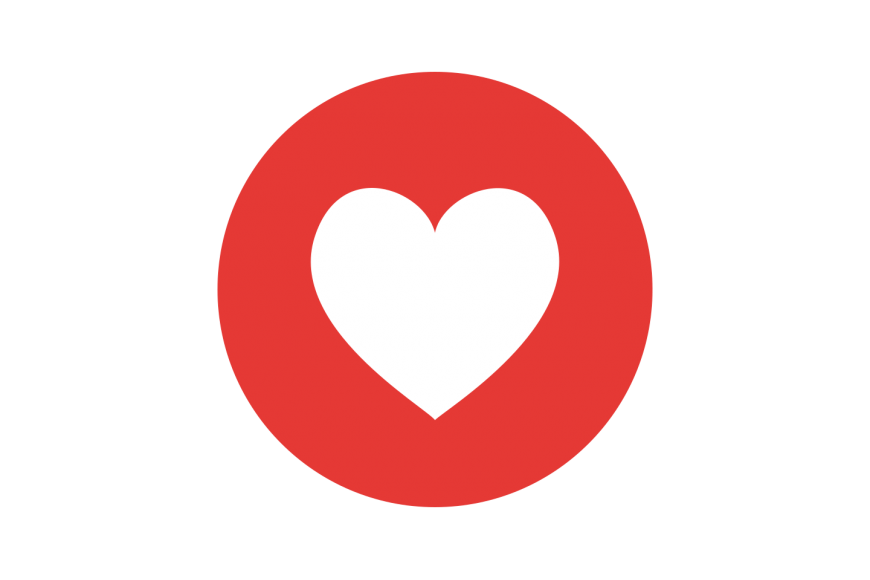 “Hey you!” greets visitors at the MdbK festival hub

From 25 to 31 October, the Museum of Fine Arts (MdbK) Leipzig will once again become our festival centre. This year we are also shining the spotlight on the building itself with a a projection by filmmaker Shelly Silver. 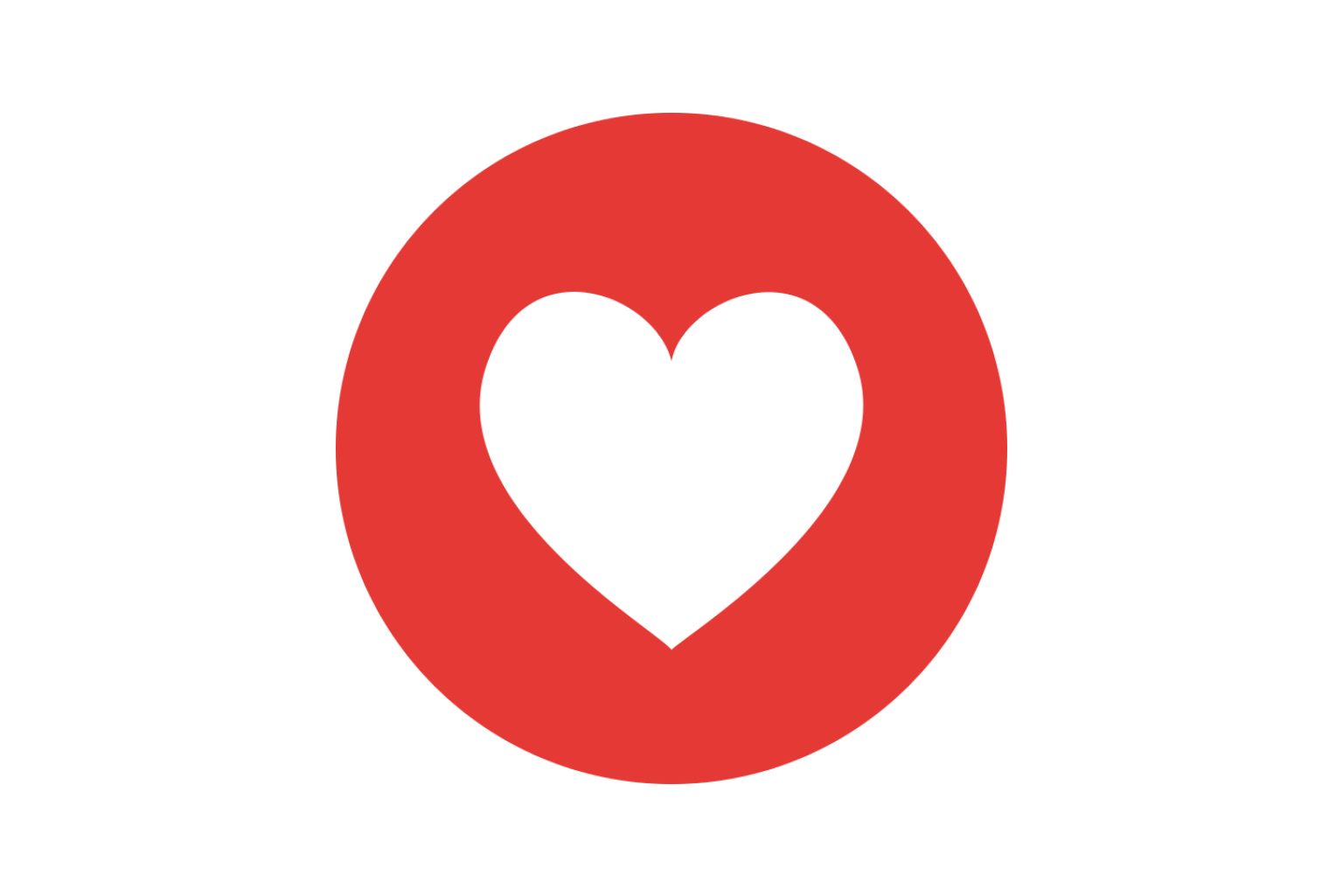 “Hey you!” greets visitors at the MdbK festival hub

From 25 to 31 October, the Museum of Fine Arts (MdbK) Leipzig will once again become our festival centre and a meeting point for our guests. This year we are also shining the spotlight on the building itself with art that will be visible on the façade. US filmmaker Shelly Silver’s projection explores the question of how a museum that presents art of the past and present can also establish a connection with the next generation. It’s further treatment of the theme in her film Girls/Museum, in which she explored the MdbK collection from the perspective of young girls. The film premiered at DOK Leipzig last year, but to mark her return to the MdbK with “Hey you!”, we’ll be showing it in our programme once again.

The work “Hey you!” will appear on the MdbK façade for the first time on the evening of 24 October. During the festival week from 25 to 31 October, you can watch the projection daily from 17:00 to 22:00. Tip: You will have the best view from the market square.

We thank the U.S. Consulate General Leipzig and the Museum of Fine Arts Leipzig for their support. 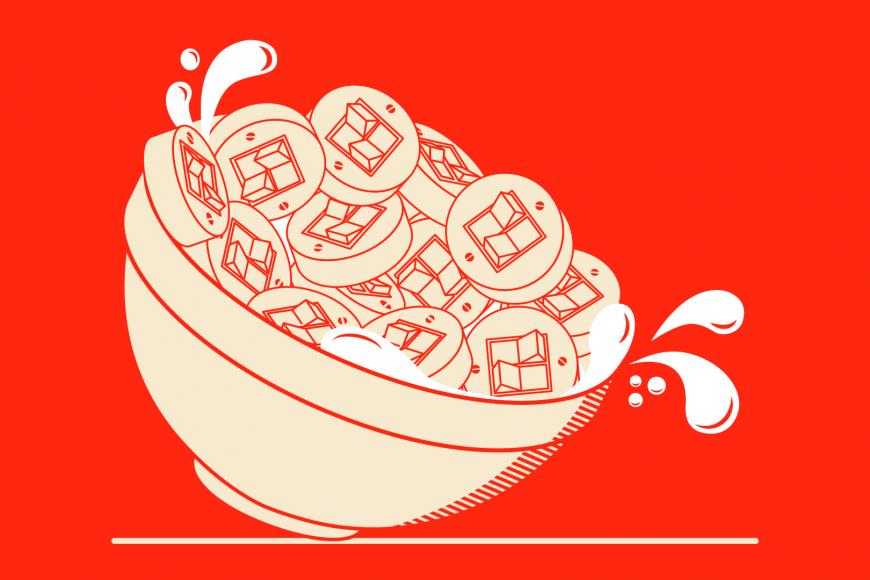 The Potential of Chaos – DOK Neuland is dedicated to disorderly circumstances

“Chaos Is a Condition” is the title of our Extended Reality exhibition that will open its doors from 26 to 31 October at the Museum of Fine Arts Leipzig (MdbK), inviting visitors to discover and define new boundaries in film. 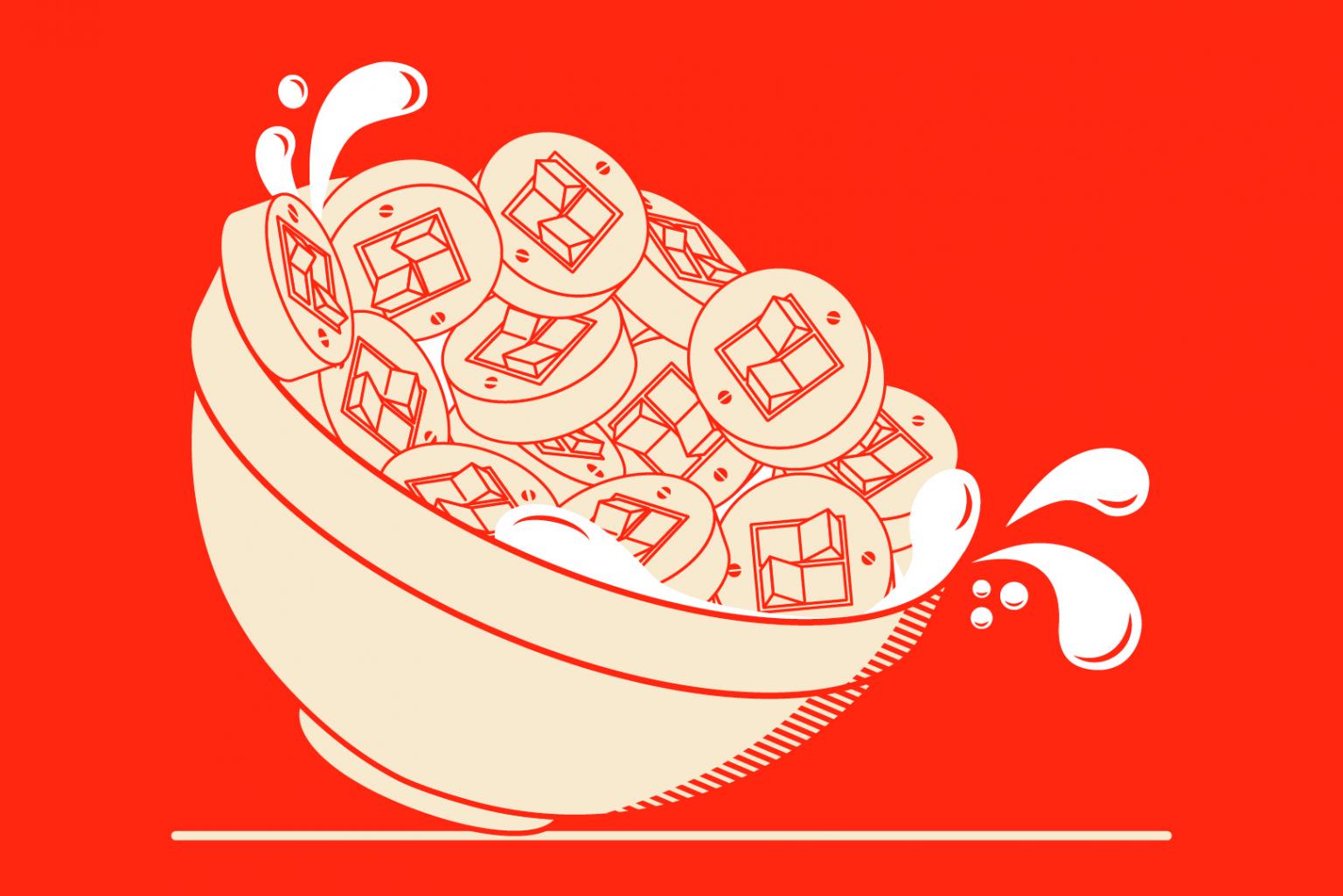 The Potential of Chaos – DOK Neuland is dedicated to disorderly circumstances

“Chaos Is a Condition” is the title of our Extended Reality exhibition that will open its doors from 26 to 31 October at the Museum of Fine Arts Leipzig (MdbK), inviting visitors to discover and define new boundaries in film.

A total of ten XR works produced in 15 countries will be presented, including four 360° films and six VR experiences. Based on the observation that the pandemic has upset the usual expectation of control and order everywhere in the world, the exhibition raises the question of what potential lies within chaos.

No Chaos, No Change

“Last year, we observed a heightened longing for clarity and the ability to control things,” say curators Lars Rummel and Marie Hinkelmann, “but the world is constantly changing anyway. So we realised that the apparent normality that people are longing for is the greatest illusion of our existence. However, where uncertain circumstances prevail, there is also the potential for new creative energies and the emergence of resilience.”

Using the slogan ‘No chaos, no change’, the exhibition seeks to embrace the chaos and sees it as an opportunity for developing new strategies for engaging with the world. Therefore, a scenography has been created that turns the exhibition space into an experiential place where visitors can examine their individual relationship to chaos.

For the First Time: Available Online

We are happy to announce that – besides the exhibition on-site – we will also present the DOK Neuland works worldwide online in collaboration with HTC Vive. Everyone interested and equipped with a VR kit can dive into the VR experiences on the platform Viveport from 26 October to 14 November. During this time, the 360° films will be available as well – on our Youtube channel. 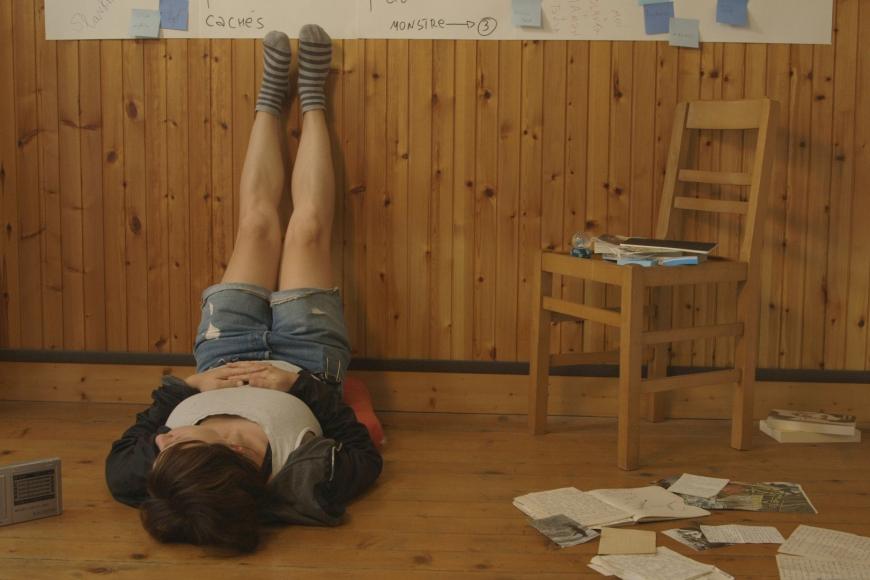 A total of 38 films from 31 countries are nominated. The competitions convene numerous new voices from the documentary field, but also works by well-known filmmakers, including Dima El-Horr, Murilo Salles and Diana El Jeiroudi. For the cinephile audience, five films out of competition that challenge the conventions of cinema will be shown in the Camera Lucida section. 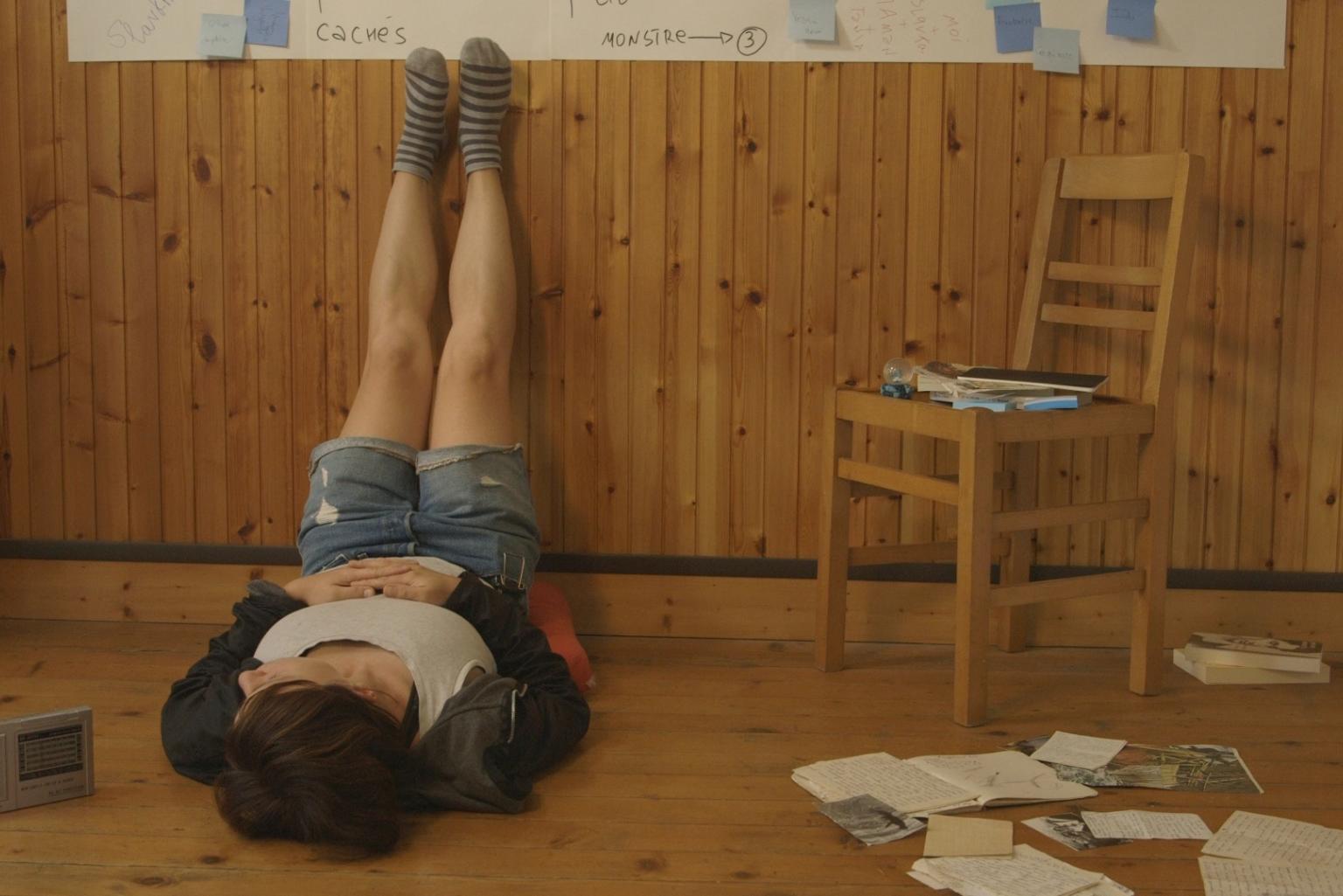 For the cinephile audience, five films out of competition that challenge the conventions of cinema will be shown in the Camera Lucida section.

These are the topics of this year’s nominations:

Two films in the International Competitions are part of STEPS’ Generation Africa project, which create films with new narratives about migration – from the perspective of young people from Africa. The protagonist in Fati's Choice decides to return to Ghana after her successful escape to Italy, for which she’s criticized in her home country. In the short film Stay Up from Burkina Faso, a young woman uses dance in an attempt to overcome her traumas caused by multiple instances of sexual abuse.
among us women also tells of young women's self-assertion – in deciding whether to have a traditional or medical birth in rural, patriarchal Ethiopia.

Other works in the feature-length competition take curious looks at places and regions, reflect on territorial borders and colonial heritage, and deal with questions of identity.

Among the short films, themes such as utopia and dystopia, attempts to discover the truth, emotions that are hard to grasp or even the problematic nature of political systems resonate.

Who awards the Golden and Silver Dove?

The feature-length films in the International Competition are nominated for a Golden Dove and a Silver Dove for the best film by an up-and-coming director. The winning films will be selected by filmmaker, publicist and curator Grit Lemke, director and producer Anocha Suwichakornpong, producer Katarína Tomková, artist and musician Raed Yassin and Alex Szalat, head of Docs Up Funds.

The jury for the International Competition of Short Films is formed by film artist Izabela Plucińska, curator Marina Kožul and Gugi Gumilang, executive director of In-Docs. They will members will select the recipients of the Golden Dove Short Animated Film and the Golden Dove Short Documentary Film.

Read more in our press release and browse the film selection here. 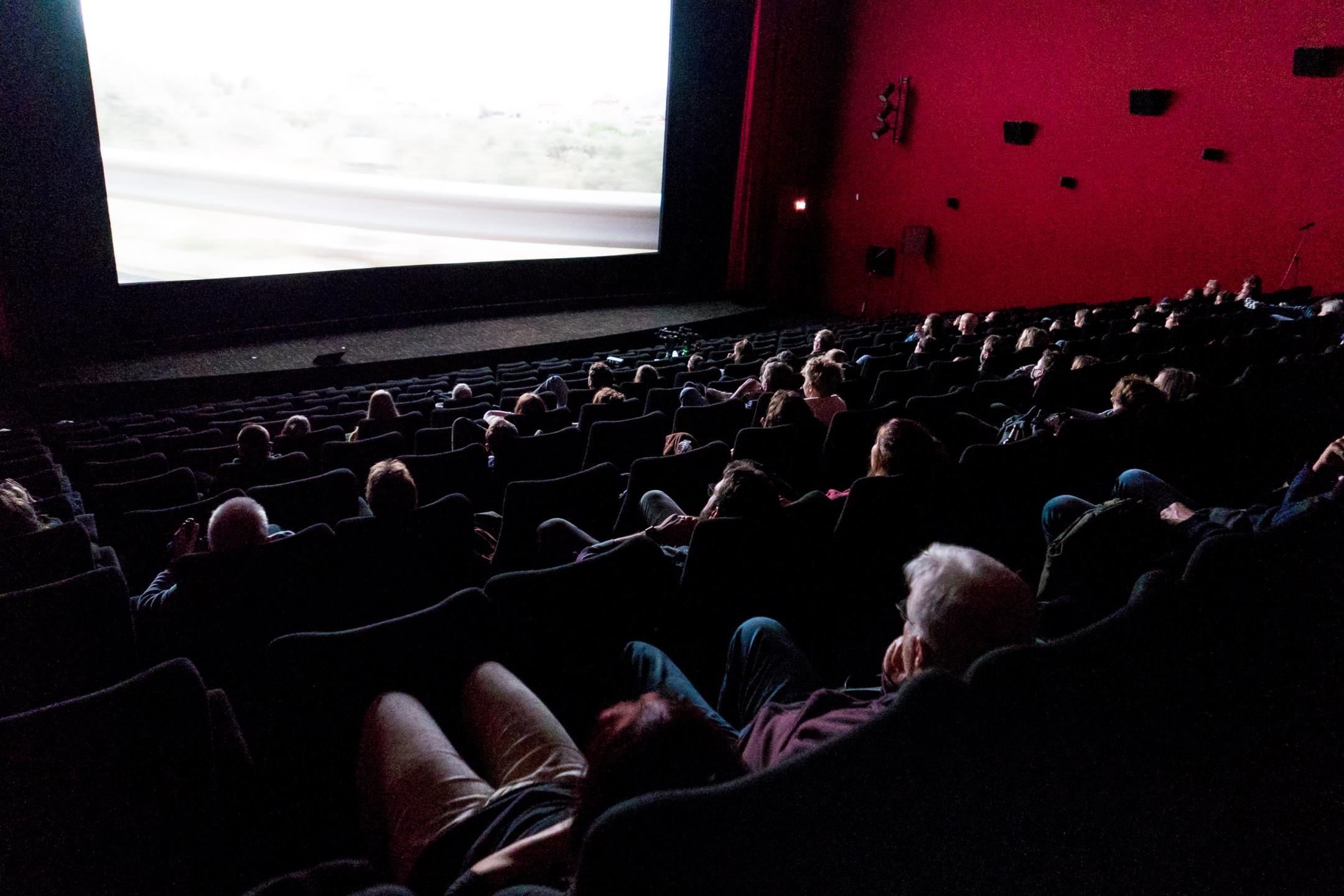 We are making the health of our guests a priority. At all public events during the festival, the “3G” regulation for protection against COVID-19 will apply. Read more about the hygiene rules in the festival cinemas in our FAQ. 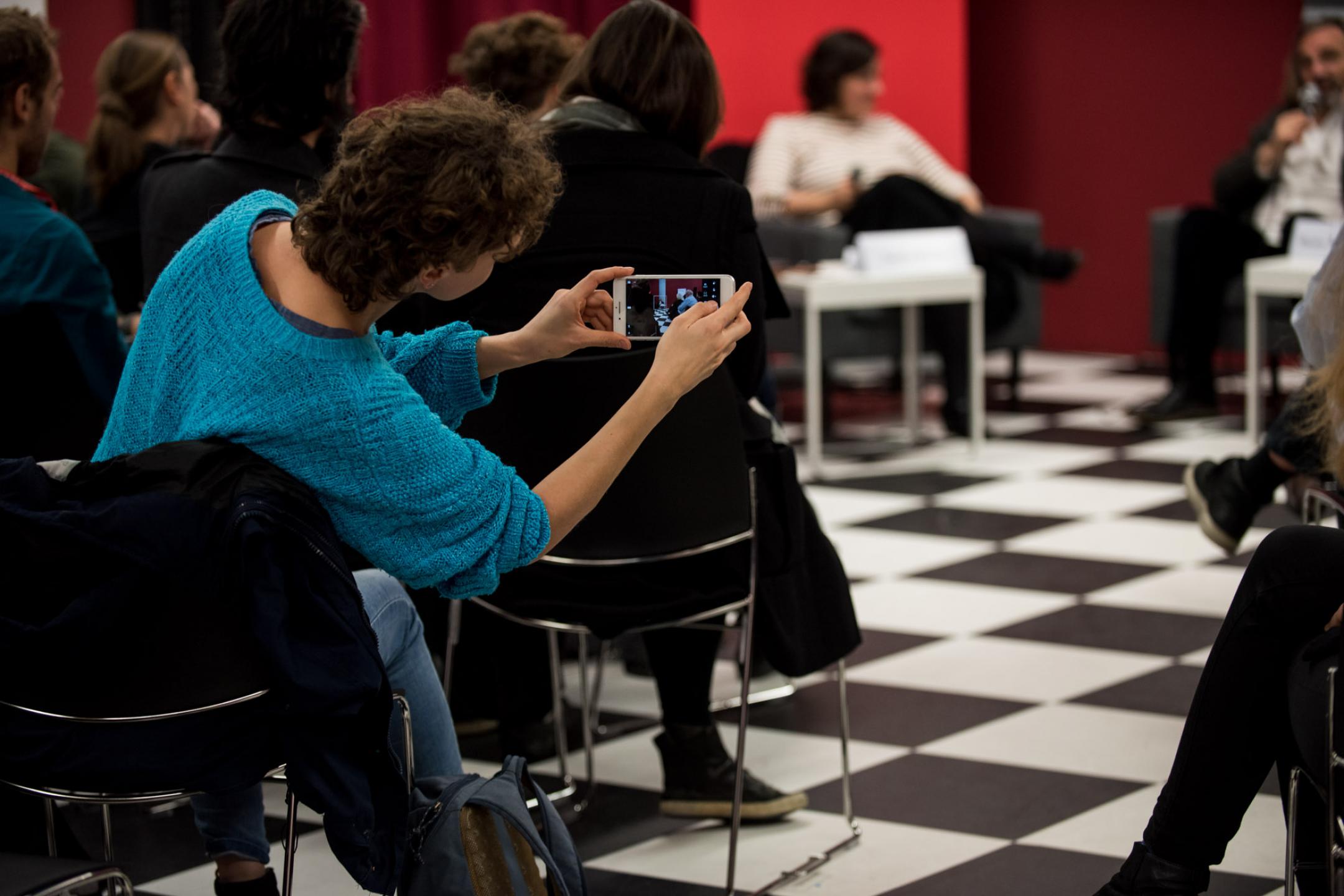 In connection with our film programme invite our audience to join us for various talks and the masterclasses. Admission to most of our discussion rounds is free. We look forward to welcoming you! 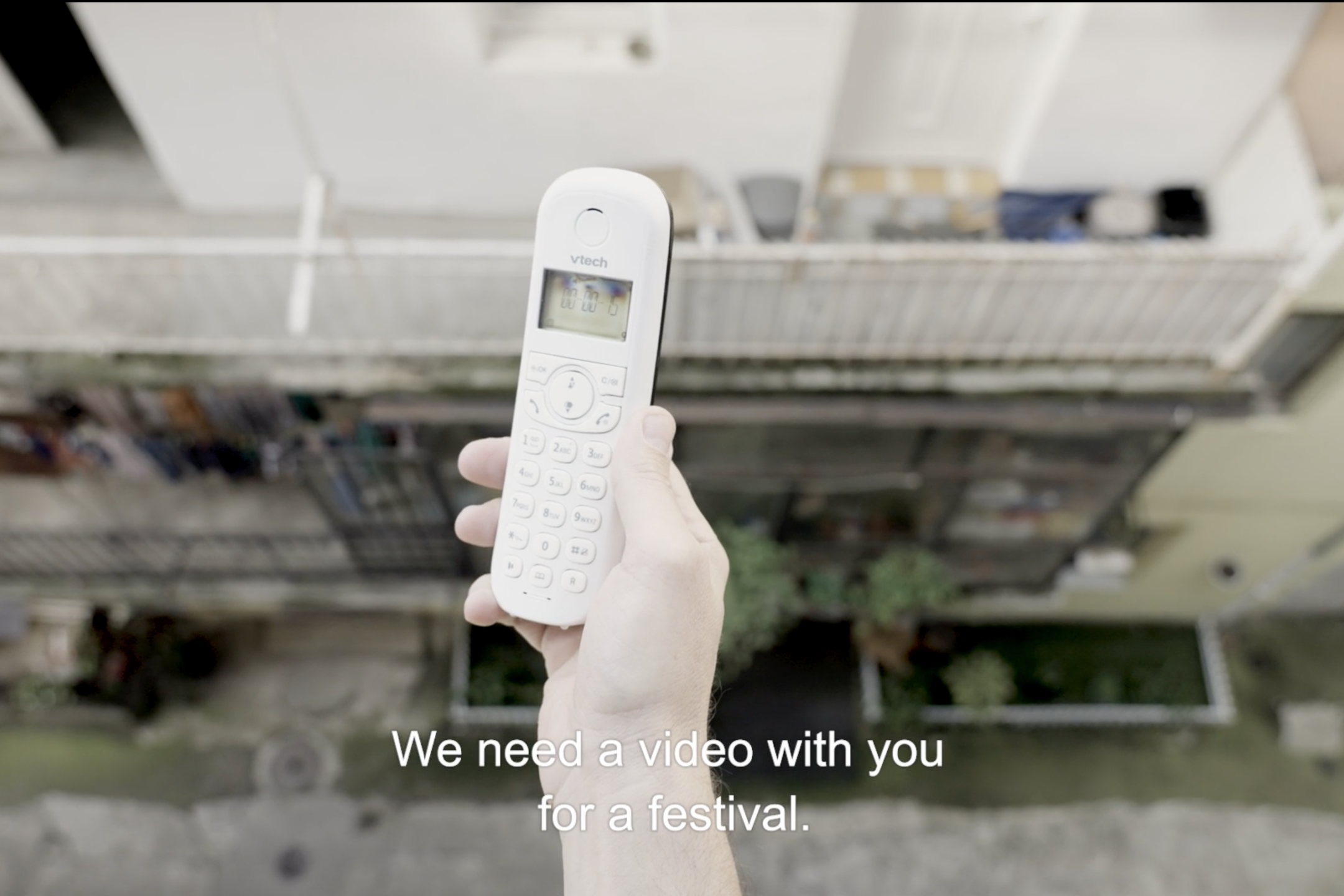 In our Media Library you can find our festival trailer and the “Director’s Short Cuts” – cinematic statements by our filmmakers. Once the festival has started, you can also watch recording of selected talk formats and our masterclasses here. Tune in. 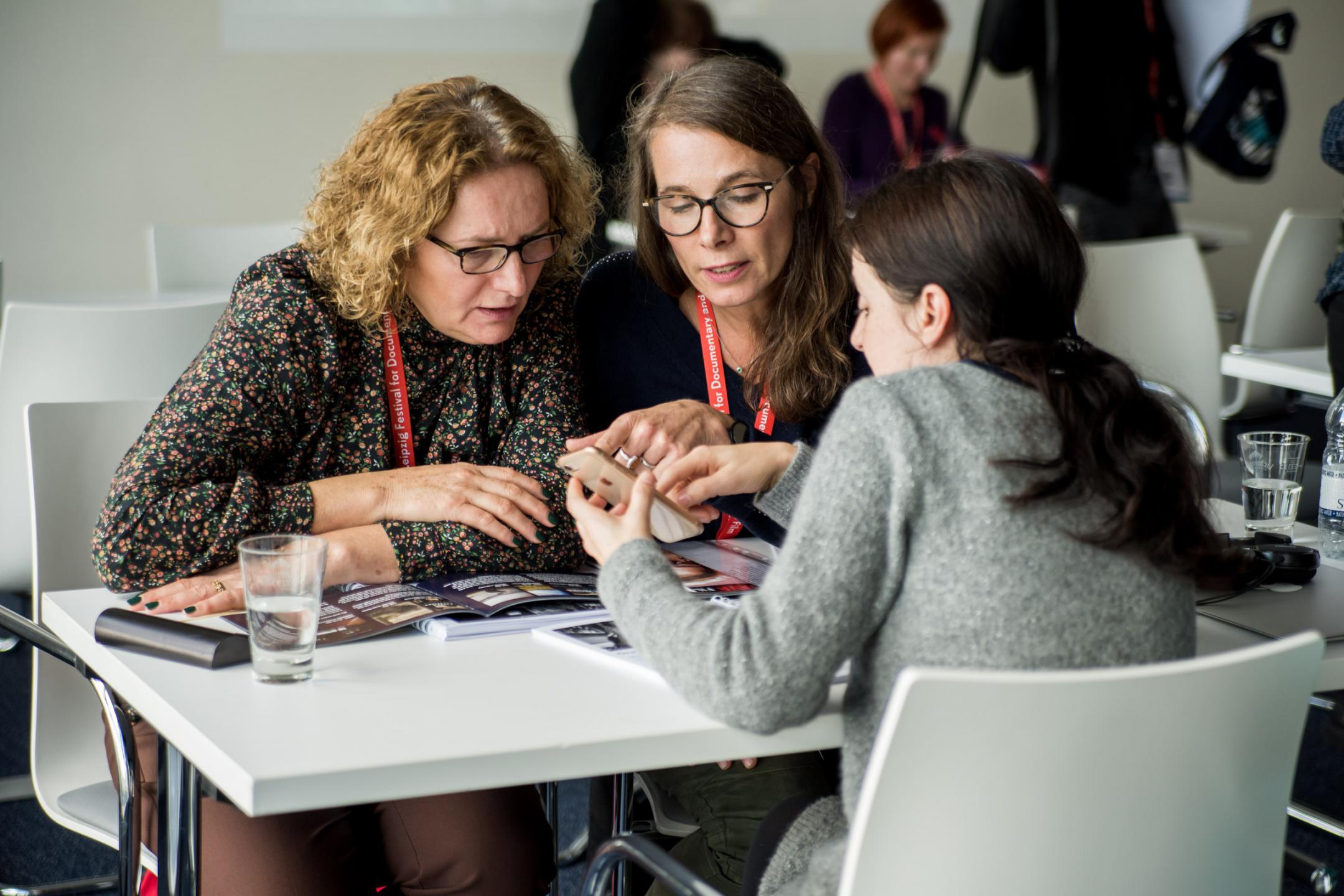 Browse all events – and if you have already been accredited, put together your personal calendar! 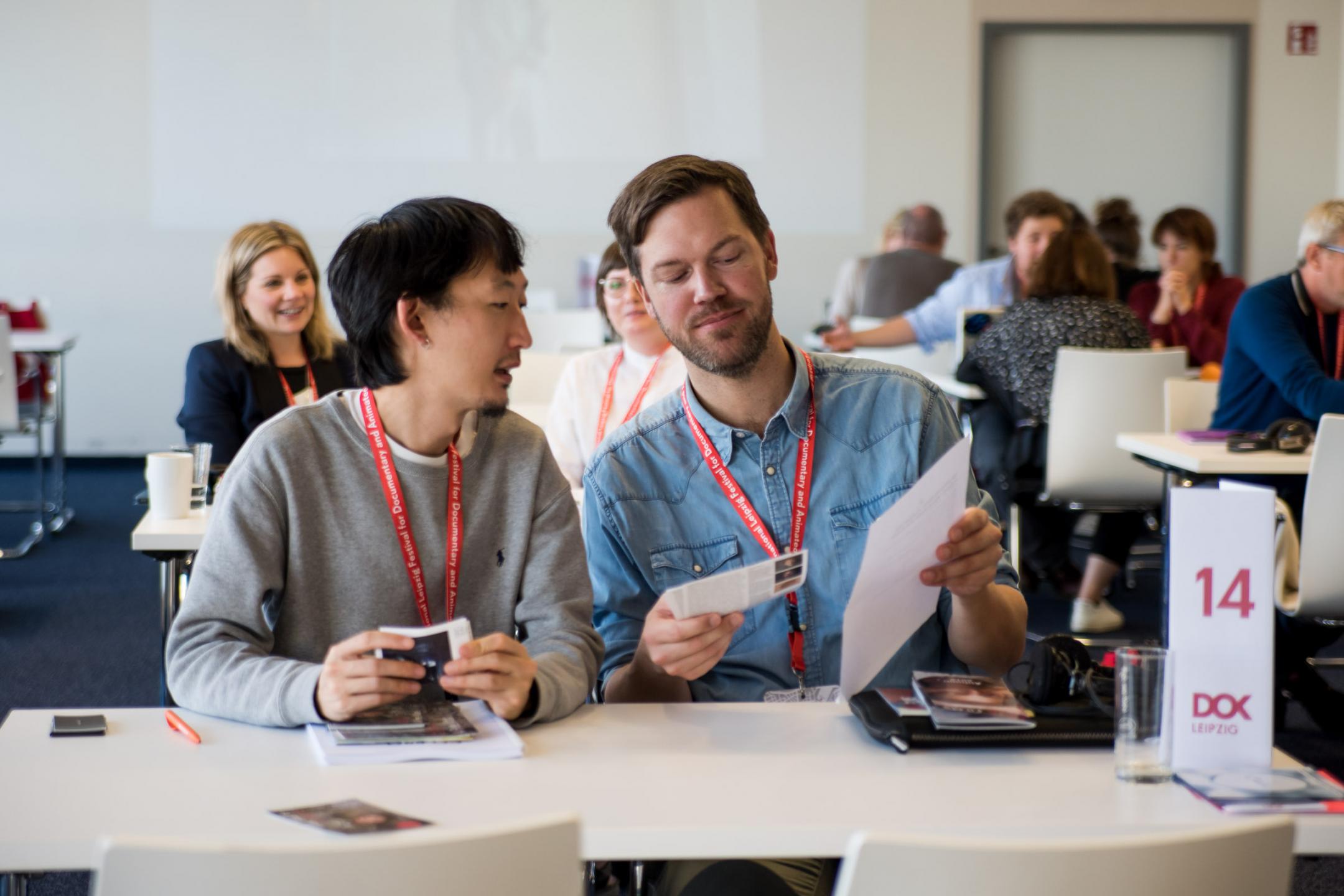 Discover all activities and networking opportunities we offer for our accredited guests this year, and get to know new formats such as our Spotlight on Archive. 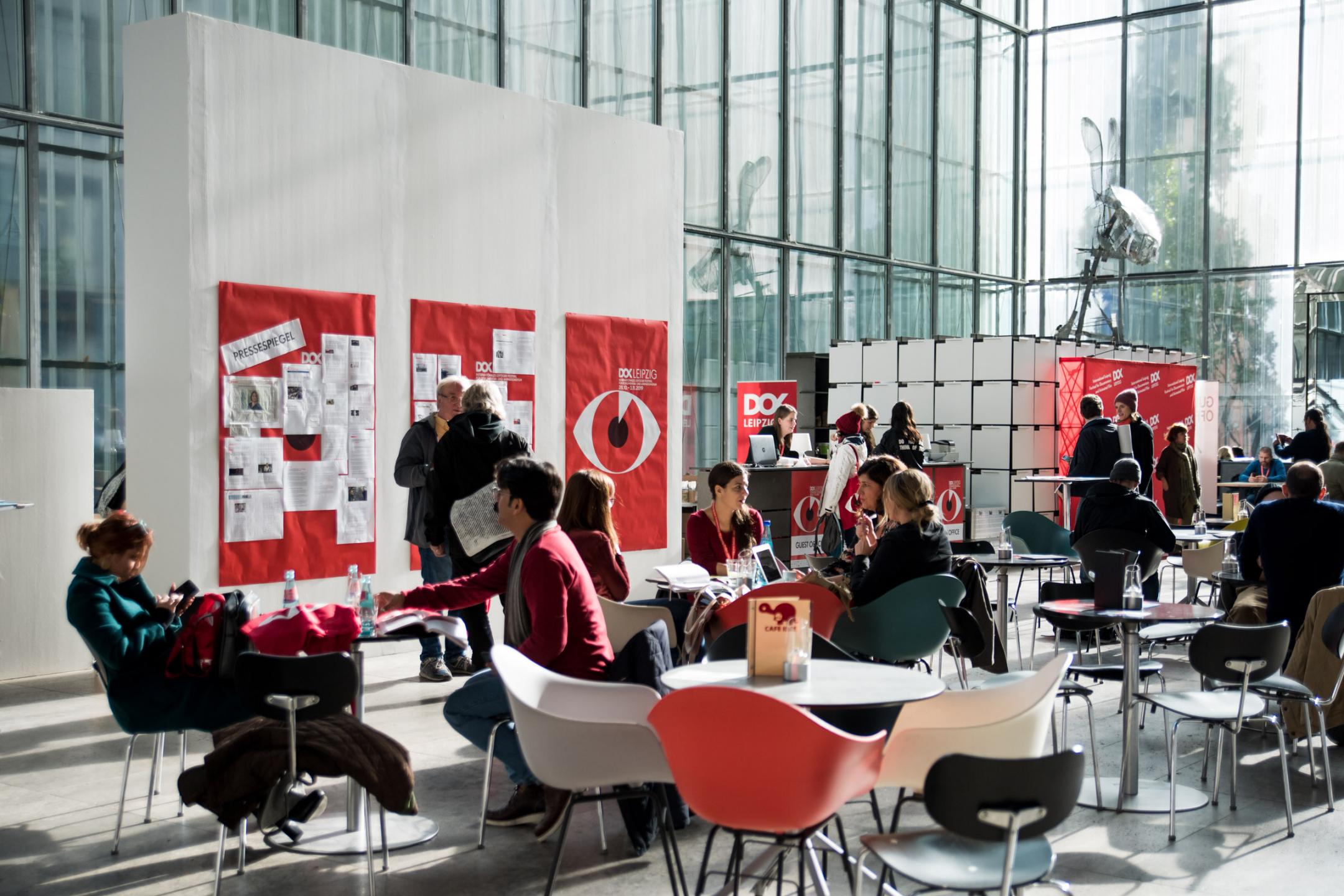 See who is our guest this year. The list is growing every day and we can't wait to see you all in Leipzig and online!

We are looking forward to the 64th edition of DOK Leipzig this year from 25 to 31 October. The first programmes and films have been set! You can browse them here: