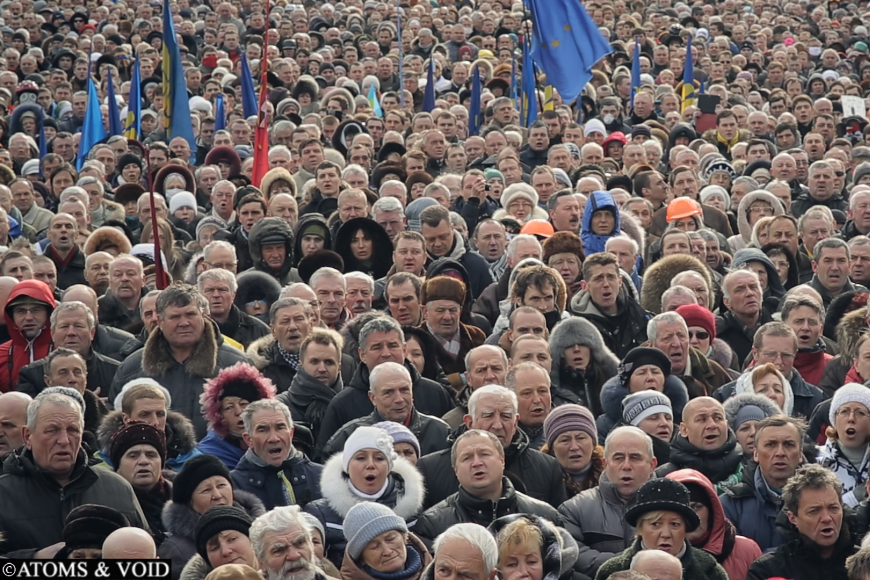 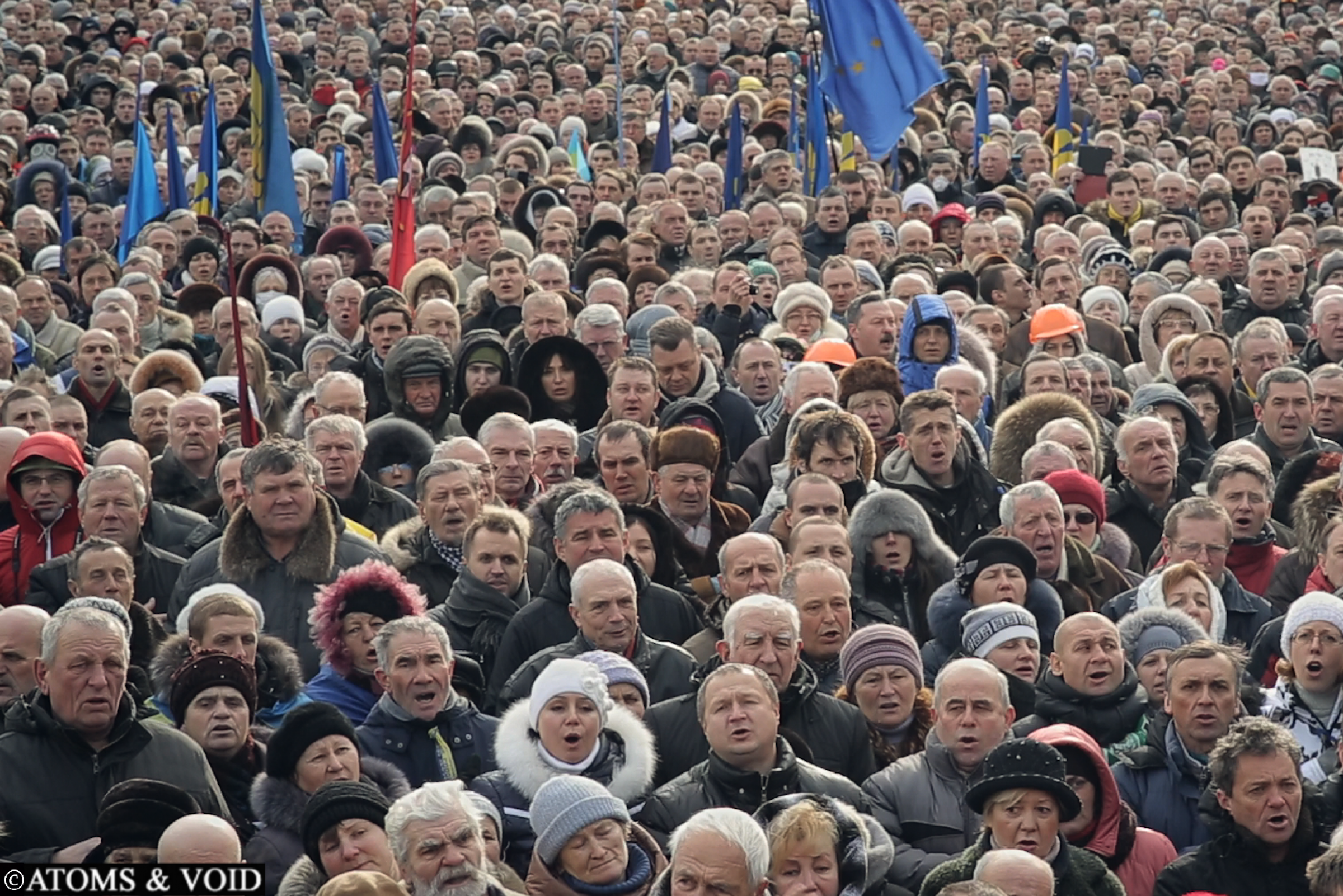 Producer
Sergei Loznitsa, Maria Choustova-Baker
Director
Sergei Loznitsa
Cinematographer
Sergei Loznitsa, Serhiy Stefan Stetsenko, Mykhailo Yelchev
Editor
Danielius Kokanauskis, Sergei Loznitsa
Sound
Vladimir Golovnitski
They sing the national anthem, together and with pathos, alone and accompanied by a guitar. They sing (an allusion to their unpopular President Yanukovych) “Vitya, ciao, Vitya, ciao, Vitya, ciao ciao ciao!”, Christmas carols and Ukrainian folk songs, they versify, rhyme, mock, revolt, celebrate. They rest, take care of each other, warm, cook and feed each other. They stick together and feel free. A new time has come. They can feel it.
Putting current political events in documentary form rarely succeeds. Sergei Loznitsa’s film “Maidan” is all the more impressive since it was completed a few months after the decisive events in Kiev. His long, calm and uncommented shots gradually coalesce into a narrative and something much bigger: the chronicle of a revolutionary national awakening, and, on another, higher level, the universal image of a people’s rebellion. The presence of the rostrum announces itself only on the soundtrack, likewise the bangs of smoke bombs and snipers later. Chants turn into battle cries, enthusiasm and esprit turn into fighting, heaviness, grief and ultimately mourning.
Today, as another few months have passed, one wishes that time had come to a standstill with the end of this film.